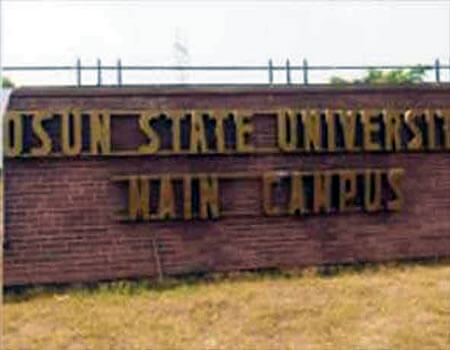 A student of the Osun State University (UNIOSUN), Korede Gbolahan, was on Monday ordered to be remanded in Ilesa correctional centre by an Osun State Magistrate Court sitting in Osogbo for impersonation and writing an examination on behalf of a 200-level student of the institution.

The police prosecutor, Inspector Rasaq Olayiwola told the court that Gbolahan defrauded Osun State University (UNIOSUN) by falsely representing himself to be Ishola Bashir, a 200-level part-time student of Industrial Relations of the institution by sitting and write GNS 212.

The defendant who was arraigned on a two-count charge of impersonation and fraud claimed to be a student of a polytechnic in Oyo State but police investigation later revealed that he was a student of the same university as the student he wrote the examination for.

The police prosecutor, however, added that Gbolahan Korede and one other now at large on March 19, 2021, at UNIOSUN campus in the examination hall committed an offence to wit examination malpractice.

He further alleged that the offence committed contravened 516 and 484 of the Criminal Code Cap 34 Vol II. Laws of Osun State 2002 but the defendant pleaded not guilty to the charge against him.

The counsel for the defendant, Mrs Yinka Dada, prayed for his oral bail in the most liberal term.

In her ruling, the Presiding Magistrate, Mrs Modupe Awodele, refused the bail application and ordered that Gbolahan be remanded in a Correctional Centre.

The next hearing on the case has however been fixed for April 9, 2021.