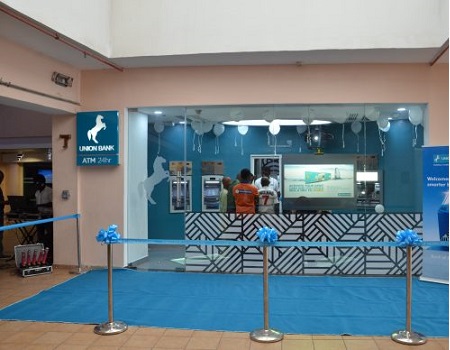 UNION Bank of Nigeria Plc on Wednesday reported N11.7 billion profit before tax for the half year ended June 30.

The bank stated this in its unaudited result submitted to the Nigerian Stock Exchange (NSE) in Lagos.

It said the profit before tax indicated an increase of 23 per cent compared to N9.5 billion in the corresponding period of 2017.

It noted that net interest income was driven by an improvement in net interest margins from 7.9 per cent to 8.2 per cent on the back of lower cost of funds.

Also, non-interest income appreciated from ₦15.4 billion in the first half of 2017 to ₦21.1 billion as at review period; driven by enhanced treasury trading income, recoveries and 31 per cent growth in alternate channel revenues.

Commenting on the results, Mr Emeka Emuwa, the bank’s Chief Executive Officer attributed the growth to efficiency and productivity drive.

“Across all our business lines, we witnessed the strong underlying performance, translating into improved earnings.

“We will continue to focus on the recovery of non-performing loans.

Emuwa said the group would continue to demonstrate its ability to deliver strong results notwithstanding a competitive and challenging operating environment.

“In the second half of the year, we will continue to focus on productivity, leveraging our enhanced platform to deliver best-in-class services to our customers,” he said.

Emuwa added that the bank would take advantage of targeted opportunities across its business lines and geographies.

She said this eliminated a major technical impediment to the payment of dividends.

Adewale said the group’s net interest margins improved from 7.9 per cent in the half year of 2017 to 8.2 per cent during the period under review.