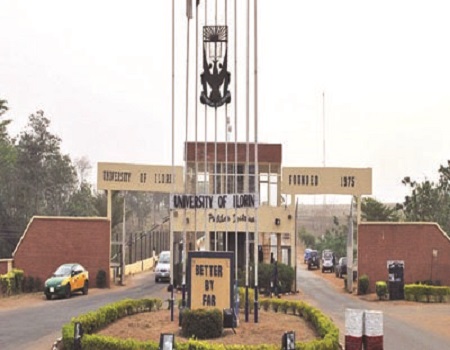 The University of Ilorin (UNILORIN) is set to go into partnership with a frontline agriculture company, Agric International Technology & Trade (Agrited), for a sustainable drive toward agricultural, quality education, job opportunities and entrepreneurship.

Prof. Adesiji Benjamin, the Acting Dean of the Faculty of Agriculture in the institution, announced this to newsmen in Ilorin on Monday.

Benjamin said that once the partnership arrangement was firmed up, the company would, from time to time, come to engage Agriculture students in practical training.

He added that the firm would also engage students of Unilorin Veterinary Teaching Hospital in fieldwork.

Adesiji remarked that the integrity of the university had earned it the partnership, as the company also promised automatic employment to two best Veterinary Medical students of the University after graduation.

Quoting from an official memo addressed to the university by the firm, the acting dean said “the company’s interest is to support the University towards training, retraining and job opportunities for the agriculture students’’.

“Agrited is a Nigerian agriculture company with Israeli management and has existed for 30 years.

“The memo further stated that Agrited supplies the best quality poultry products in the market today.

“The core farming operation of the company is poultry breeding, production and distribution of millions of broiler, layer and day-old chicks to commercial farms nation-wide,’’ Adesiji said.

According to him, Agrited is helping those farms to keep up with the ever-increasing pace of local and global food consumption.

COVID-19: We experienced less than 2 per cent fatality in Lagos despite humongous death prediction ― Sanwo-Olu