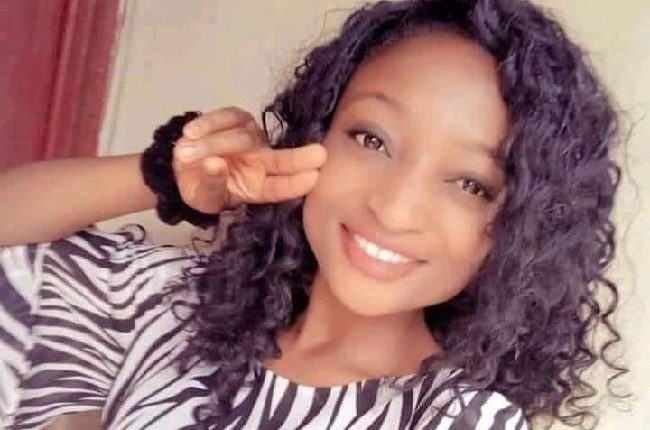 A pathologist at the University of Ilorin Teaching Hospital (UITH), Dr Kayode Adeniyi, on Tuesday, informed the Kwara State high court that the autopsy test was conducted on the raped and murdered University of Ilorin student, Blessing Olajide Omowumi, showed evidence that the deceased was strangulated to death.

Adeniyi, who was the eighth witness in the ongoing trial of eight suspects facing trial in connection with Omowuni’s death, was led in evidence by the state Attorney General and Commissioner for Justice, Barrister Salman Jawondo.

He said when he dissected Omowumi at the Teaching Hospital, her kidney had turned whitish as a result of a lack of oxygen to breathe.

He also said that a sort of material which he said could be rope was used to tie her hands and her right side-eye was swollen with the tongue showing patches of injuries.

According to the pathologist, there were bruises all around her private part and there were signs of penetration with deposits of sperm inside her organ which suggested the possibility that she was raped.

“The right side of her teeth was broken and there was clotted blood on her scalp. She must have wrestled for life and sustained injuries in the process,” he added.

Dr Adeniyi explained that she took photographs with his infinix phone in the course of performing the medical examination through the postmortem on the deceased which he printed out as evidence.

The witness was cross-examined by the defendant’s counsel, Barrister Shina Ibiyemi and others on the basis of his claim before the court.

The trial judge, Justice Adebayo Yusuf, admitted the photographs in evidence while the matter was adjourned to next week Tuesday and Wednesday for the continuation of the hearing.