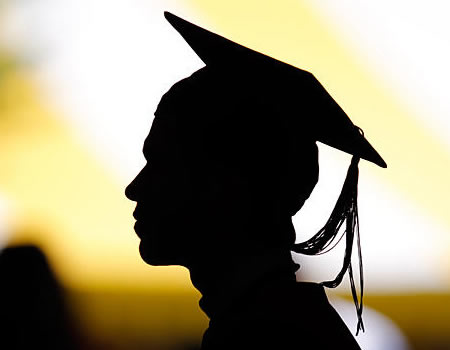 Share
One of the graduating doctorate degree holders of the University of Ilorin (Unilorin), Ilorin, Kwara State, Dr. Abdulhafiz Ahmad Adedimeji, was reported dead on Saturday morning, the day of his graduation as doctor of Arabic Studies.
Speaking during second day of the 32nd convocation ceremony of the university in Ilorin, on Saturday, the dean, postgraduate school, Professor Badmas Yusuf, announced the demise of the scholar during the moment of conferring the award on 166 doctoral graduate of the postgraduate school of the institution for 2015/2016 graduation year.
Nigerian Tribune gathered that the late Dr. Adedimeji, had been ill and discharged of undisclosed ailment before his death Saturday morning.
It was also gathered that the deceased was a lecturer at Fountain University, Osogbo, Osun State, until his death and formerly at Al-Hikmah University, Ilorin.
PhDUNILORIN
Share