HealthEducation
By Tribune Online On Aug 28, 2019 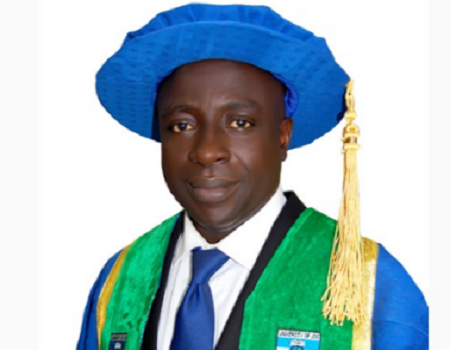 THE University of Jos Africa Centre of Excellence in Phytomedicine Research and Development (ACEPRD) is seeking for funds to conduct clinical trials of the world’s first anti-snake venom vaccine.

Prof. Sebastian Maimako, UniJos Vice-Chancellor, who made the disclosure when he briefed newsmen on Tuesday in Jos said that the trials were capital intensive and that the university could not fund it.

It would be recalled that after 24 years of intensive research, the ACEPRD has developed an anti-snake venom vaccine called COVIP-Plus.

COVIP-Plus is derived from the seeds of a plant traditionally used by the Rukuba (Bache) people of Bassa in Plateau to prevent snakebite envenoming without any anecdotally reported adverse effect.

Maimako who was represented by ACEPRD Director and developer of the vaccine, Prof. John Aguiyi said that vaccine was unique and different from all other drugs found in the market.

He explained that an essential approach to tackling snakebite was to prevent or neutralise snake venom on its arrival at the human and animal tissue or blood that required a prophylactic agent or vaccine.

The VC said while anti-snake drugs currently in the market were curative, COVIP-plus is preventive.

“However, I am worried about the capital intensiveness in conducting clinical trials of drugs, vaccines and devices.

“I am made to understand that N2 million is required for phase one clinical trials.

“The phase two clinical trials will also require close to N4 million and phase three will require much more.

“I am therefore calling on Tertiary Education Trust Fund (TETFUND) and the Pharmaceutical industries to collaborate toward conducting the trials of this product,” he appealed.

Maimako said that the COVIP-Plus successful clinical trials had the potential to introduce a paradigm shift in the management of snakebite in Nigeria and globally.

According to him, the vaccine holds the potential to drastically reduce the use of anti-snake sera globally.

He also called on the Federal Ministry of Health to provide policy and institutional framework for the protection of this health product when it is eventually made available to the consumers.

Maimako added apart from snake venom, it can also neutralise scorpion, scorpion, bees and spider venoms and could be potent in the human body for one year.

The VC further said that the anti-snake vaccine works in both human beings as well as animals.

“It will be cheap, compared to what is being sold to Nigerians right now and it will be available to the rural population who are usually the victims of snakebite,” he said.

You can’t solve all your problems with international donors, EU tells Nigeria