Entertainment
By Newton-Ray Ukwuoma On May 25, 2019 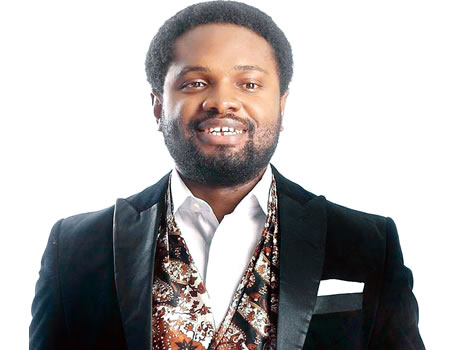 The United Nations’ Children Fund (UNICEF) has said that it has hired Sony ATV London’s songwriter, Cohbams Asuquo, to develop a theme song for the 30th anniversary of the Convention on the Rights of the Child (CRC) global milestone celebration.

Also, Nigeria’s literary icon and Nobel Laureate, Professor Wole Soyinka, has been approached by the world body to concretise the plight of world’s children in a poetic composition.

Together, both bodies of creative work will represent Africa’s message to the world on the plight, awareness, domestication and implementation of the CRC in the continent, Eliana Drakopoulos, the Chief of Communications, UNICEF said during a two-day media dialogue on CRC at 30 in Lagos.

“Cobhams’ song”, Drakopoulos explained, “will be the theme song of the anniversary and will be used to build on the awareness on the Child Rights Acts from the music perspective.

“We know the power and impact of music in Nigeria and we intend to use it to also drive CRC as well as celebrate some of the achievements in the continent.

“I think like all countries in the world Nigeria is doing better in some areas of CRC than in others. I want to make it clear that there is no country in the world that is fully implementing the CRC.

“There is child rights violation everywhere in the world and there is no country that is immuned from this problem.

“I think Nigeria like most countries still has a long way to go towards ensuring that all children’s rights are being implemented.

“I think this year’s anniversary celebration is a really good opportunity for leaders to really commit themselves to fully implementing the Child Right Acts.

“The other thing is educating the people because one of the provisions of the CRC is that all people are aware of it, that everybody knows of its existence.

“We would like to see that every child in Nigeria has a copy of the CRC and are educated about what it means for them by 2030 that is the end of the SDGs.

“And to build up to all of these plans, we recognise the role music and writing will play in creating more awareness for the Convention on the Rights of the Child,” she said.

Reacting to the UNICEF music project, Cobhams’ manager, Vintage Gary, told Saturday Tribune that the artiste will speak on the deal later.

In her speech, Drakopoulos maintained that music and art have a place in the achievement of goals of CRC in the coming days especially beginning from the 30th celebration in September 2019.

Although, Nigeria was among the country that adopted the United Nations Convention on the Rights of the Child thirty years ago, only about 24 states have ratified and domestication the international agreement on childhood with varying degrees of implementation.

If domesticated in the rest 12 states, which are mainly located in the North east and west, Nigeria would have made a giant stride in the protection of children according to world best practices.

Dance is the backbone of entertainment industry — Kaffy

Secrets of our success, by LASU’s joint best graduating students