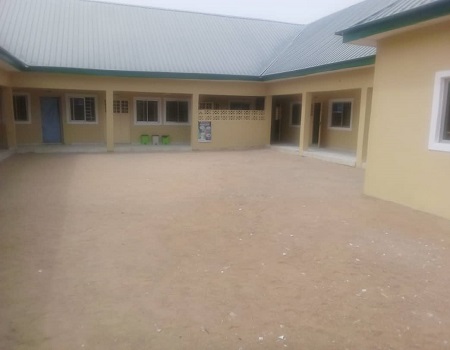 Bauchi Field Office of the United Nations Children Fund (UNICEF) has apart from the rehabilitation of PHCs in Bauchi State, supplied standard health equipment and drugs to the 323 PHCs across the state.

This was disclosed by the Chief of Office, UNICEF in Bauchi, Bhanu Pathak, during the handing over of one of renovated PHCs on Tuesday saying that “We expect that health services should start from today since this is a big centre which has the capacity to offer effective services to the entire population, particularly pregnant women and children.”

The Chief of Field Office also said that the EU-UNICEF project titled, ‘Strengthen Primary Health Care and Community Resilience for Improved Maternal, Newborn, Child Health and Nutrition:, (MNCHN) which is in its final year of implementation has so far renovated 39 Primary Healthcare Centers out of the targeted 107 earmarked for renovation, have been completed, adding that 37 PHCs were previously handed over to the State Primary Health Care Development Agency last year.

He said: “UNICEF is collaborating with the Bauchi State Government and other United Nation agencies as well as partners to improve the lives of women and children. We are also working with the government to improve and build the capacity of health workers in all the 323 PHCs in the state.”

While receiving the renovated Primary Health Care Center, Executive Chairman of the Bauchi State Primary Health Care Development Agency (BASPHCDA), Dr Rilwanu Mohammed, commended EU-UNICEF for the upgrading of PHCs across the state, saying that the gesture has improved the health of the citizens, particularly pregnant women and children.

The Executive Chairman urged the officials of the local government to maintain the health facility by ensuring that they sensitize the residents of the area to patronise services of the facility.

Rilwanu Mohammed stressed to the officials that, “Ensure that the beneficiaries of this project which are the citizens of the local government make good use of this health facility now that it has been upgraded to the highest standard. Make sure pregnant women deliver in this facility and ensure that they come back for immunisation and child spacing.”

It will be recalled that EU-UNICEF is collaborating with the Bauchi State government in the area of health infrastructure development in order to boost family health with attention on pregnant women and children under 5.

Minister begs NASS to increase education budget to 15 per cent