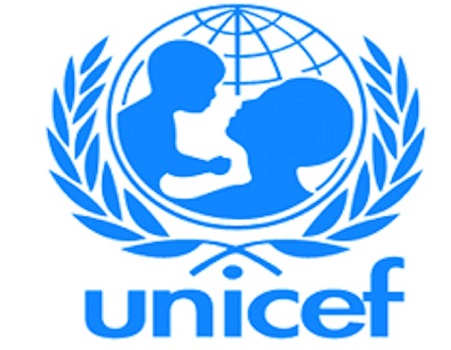 THE European Union (EU) and the United Nations Children’s Fund (UNICEF) have trained 2,115 mothers in four local government areas in Kebbi to boost Maternal Newborn and Child Health Care in the State.

The Women and other key stakeholders in the state commended EU and UNICEF for their initiative of “Mama2Mama” which was introduced and launched in the state on December 2018.

The Coordinator Maternal, Newborn and Child Health (MNCH), in Jega Local Government, Ms Hauwa’u Umar, on Sunday told newsmen that the initiative was implemented by EU and implemented by UNICEF.

According to her, the initiative is implemented in four Local Government Areas (LGAs) of Jega, Argungu, Birnin Kebbi and Fakai.

She explained that through the initiative, UNICEF has trained the mothers to reach out to other mothers on access to healthcare services in 47 wards in the four benefiting LGAs.

She added that the mothers were equipped with health care information on Ante-Natal Care (ANC), Exclusive Breastfeeding, Routine Immunization (RI) etc mainly to create demand for the services.

Umar also revealed that, since the takeoff of the “Mama2Mama” programme and renovation of the facility by the EU, there has been an increase in client accessing the facility.

Umar, who also doubles as the in-charge of the PHC, explained that ANC attendance has increased with over 80 per cent, since the EU and UNICEF intervention.

She, however, appealed to EU for more support in the areas of provision of uniform for the “Mama2Mama” volunteers, and other equipment for the PHC.

Corroborating, the in-charge of PHC Alelu, Safi’a Garba, thanked EU and UNICEF for what they have done through the programme, especially capacity building for health workers on Community Based Newborn Care (CBNC) among others.

“In November 2018, we had 28 deliveries, but as we speak now, in June we had recorded 51 deliveries, Routine Immunization which was just about 149 in November, is now over 215 as at June.

“The intervention has really transformed the way we do things and how the people used to respond, even the Traditional Birth Attendants (TBAs), have improved as a result of this.

“It has made our job very easy as health workers.

“I must sincerely commend the EU for this intervention and I will also want them to continue this support and even do more,’’ she said.

Garba, therefore, appealed to EU, UNICEF and government for more support to the initiative.

He said the CSOs are happy with the way UNICEF was approaching the intervention by carrying them along and emphasized the need for a more cordial relationship.

Garba, therefore, called for an expansion of the programme to all the 21 LGAs in the state since it is already working.

Earlier, a beneficiary of the initiative, Saudatu Auwal, said she was grateful to the organisation for helping her to know and understand why accessing healthcare centre was important.

“This is my third child, who I gave birth to with the help of “Mama2Mama” women who came to my house and ensured that I started coming for Ante Natal Care (ANC).

“The other two I gave birth to them at home, came with lots of pain. Mama2Mama brought me to the PHC, and I gave birth with ease and I have been enjoying healthcare services.

“I will also henceforth begin to encourage other women to go to healthcare centres for ANC and delivery.

“I thank EU and UNICEF for making this possible and I appeal that they should extend this to other places where the programme is not yet introduced,” she said.

Similarly, Rukayya Aminu, a 30 year–old mother of six, said though she gave birth to some of her children at the general hospital in Jega the “Mama2Mama” women had helped her to regain hope after she had lost the hope of attending ANC.