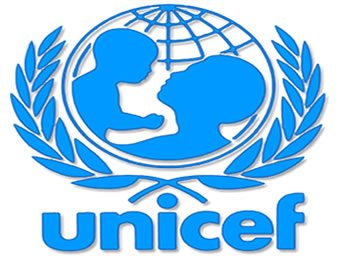 THE United Nations Childrens Fund (UNICEF) has decried the high rate of female genital mutilation in some parts of the country, urging governments at all levels as well as  civil society organisations, traditional and religious leaders to join hands to end the practice.

Speaking to newsmen as part of their activities to mark the forthcoming world International Day of Zero Tolerance for Female Genital Mutilation, the Head of UNICEF Enugu Field Office, Charles Nzuki, said FGM had serious negative consequences and impart on the girls.

Nzuki said that UNICEF is supporting governments both at the federal, state level and also working with civil society organisation to mobilise stake holders to end female genital mutilation and cutting in Nigeria.

“Basically on a local data in Nigeria we have very high prevalence of Female Genital Mutilation in a number of states, the highest is in Osun, which has 77 percent, followed by Ebonyi state with 74 percent according to the Nigerian Demographic health survey, other states with very high rate including Ekiti, Imo in south east of Nigeria and Oyo,” he said.

He emphasized, “Seven or even close to eight out of 10 women have had FGM, hence UNICEF is working with government to eradicate it as a result of its harmful effect on women, noting that UNICEF see it as a violation of women’s right and the right of girls”

He further said that although it was a national campaign, UNICEF was working hard to create extra awareness in those states with very high prevalence rate. Pointing out that Monday February 6 UNICEF would be going to have a major event in Ebonyi state, where the wife of the governor will host the programme on ending female Genital mutilation campaign.

“You recall that last year the wife of the president launched a campaign to end female genital mutilation in the country and UNICEF has been working with the state governments.”

Despite the major event coming up in Ebonyi state, he said UNICEF had also a similar event in Imo state last year and of course working with Osun and Ekiti states and other states in south west where high rate of FGM were observed.

“They are quit a number of harmful effects of FGM on women especially on  regard to their health. It is a major contributor of maternal mortality rate, It causes severe bleeding ,sometimes resulting to death, other health problems including cysts , infection , infertility as well as complications among others.

“One of the key interesting things that I think is importance to mention is every where we have gone even with the engagement of the traditional rulers they emphasised that this is not part of the culture that they wants to retain.”

The UNICEF Representative in Nigeria, Mohamed Fall, also stressed, “Every study and every bit of evidence we have shows there is absolutely no benefit, be it developmental, health or religion, to mutilate or cut for non-medical reasons any girl or women.”