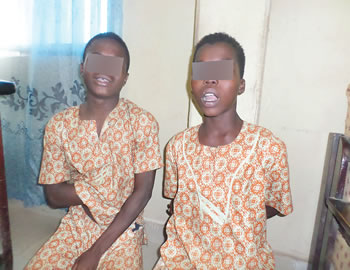 An unemployed teenager, Tajudeen Obasa, on Friday appeared before an Ojo Chief Magistrates’ Court in Lagos for allegedly stealing a Tiger 950 generator worth N23,000 from the premises of one Nick Aka while sleeping.

The accused is standing trial on a charge of theft.

The prosecutor, Insp. Uche Simon, told the court that the accused committed the offence on June 29, at 4.00 a.m. in Ilufe area of Ojo, Lagos State.

He said the complainant reported the incident at the Ojo Police Station the following day.

The security agents, assisted by the vigilance men on guard, later recovered the generator from the accused.

“When he woke up and discovered that his generator was stolen, he raised an alarm and the security men apprehended the accused along the street with the generator,” Uche said.

“The offence, Uche said, contravened Sections 285 of the Criminal Law of Lagos State, 2011.

Magistrate Paul Adedamola admitted Tajudeen to a bail of N20,000 with a responsible surety whose address must be verified by the court officials.

The case was then adjourned to Sept. 26 for mention.