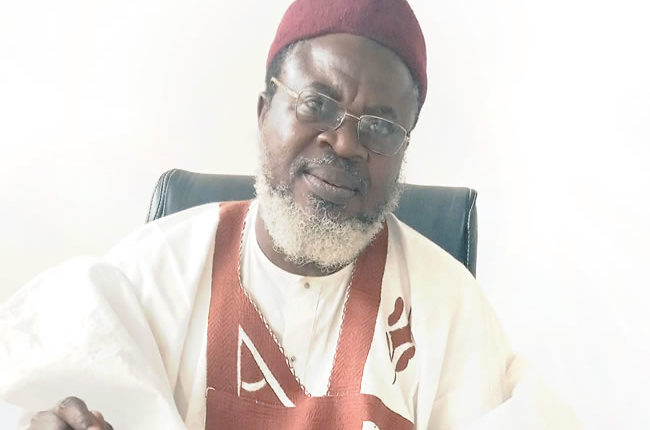 Gabadeen Wasiu Olugbenga is a professor of Educational Management and a Director of Quality Assurance, University of Abuja. He provides some community services in the area of basic education, and he is a member of the Technical Working Group of the Universal Basic Education Commission (UBEC). He speaks in this interview to CLEMENT IDOKO on the neglect of basic education, curriculum review and funding of the sector, among other issues. Excerpts:

Free education was introduced in Nigeria in 1955, 66 years after, how far have we gone?

Let me start by correcting this notion. I’m not aware anytime that we actually have what I describe as absolute free education. When you say something is free, we need to start dissecting what is actually free in our free education. Most of what we call free education happens only in the area of tuition fees. We have not been having what I will describe as holistic free education, whereby a child just goes to the school, receives education, including the materials and stipend. In costing education, we have what is called social cost and private cost. When we put this together, that child they say is enjoying free education won’t pay for his feeding, transport, and books. For now, who pays for all that, is it government or the parents? Education has not been totally free. The parents are still incurring some costs in the education.

But we need to understand what basic education is. It is like a housing project, you see a building standing and all of a sudden, that building collapses. The next thing you need to find out is the three layers of building project: the foundation, block setting and finishing. We take education to be like a housing project, we have primary, secondary and tertiary. Basic education is standing like the foundation, secondary is like block setting and the finishing is the tertiary education.

Today, people are crying about the products of tertiary education because they are seeing those ones. But the foundation is faulty.

We talk about unemployable graduates today because they are the products of faulty basic education in the country.

Are you saying that we have not had the right policies in place?

What I’m trying to say is that our focus needs to be clearly defined; what exactly do we want from our education? Accountability procedure should start from the people. People should be able to define the type of education they want through their representatives in the National Assembly. If the education the government is giving us is not what we want, our representatives should be able to say this is the way we want it. By the design of the basic education in Nigeria, it is supposed to be nine-year uninterrupted mandatory basic education. We have it in the UBEC Act 2004 where provision is made that parents who do not allow their children acquire the basic education should be sanctioned. It is there, but who is enforcing it?

When this government came on board and looked at how to improve enrolment in schools, they brought on board school feeding programme because they felt children were not going to school because they do not have what to eat.

For instance, there is little you can do to use food to drag somebody to school in Lagos. It may not work in Lagos; so why can’t we quantify the money that goes into feeding and use it to acquire buses that will bring children to schools?

This could enhance enrolment more than school feeding. What I’m trying to say is that we need to start dissecting the need of every area in fixing the problem. We need to project into our future.

You talked about compulsory nine-year basic education, why do we not see this being enforced? In Nigeria today, we have over 10.1 million out-of-school children.

Yes, that is the disparity between policy formulation and policy implementation. The policy is there but who is to drive it? The Universal Basic Education Commission is the headquarters. Every state has Universal Basic Education Board set up by that government and you zero it down to Local Education Authority under the local government. The real place where basic education is operational is at that local level. Now, who is the person to enforce enrolment at the local government level? But does anybody care to ask in this country, what is the function of the local government? Everybody focuses on one person and that is the president. So, we need to start accounting for our structure in this country. If we have three layers of government, let us dissect it and let everybody account. Educating the parents to enrol their children in basic education is the function of the local government. What the Federal Government is just doing is support service to states and the local government areas and the Federal Government has tried up to some level through UBEC. But if you go into the UBEC record, so many states could not access their money that belongs to them, not because the Federal Government did not release it, but because of the condition that you provide the counterpart fund before we release our own.

In that respect, are you saying that we are not implementing the right curriculum?

Well, there is an existing gap right now in what our curriculum is offering. Some of the reasons could be political, some could be economical and so many others. There must be close relationship between the end-users of Nigerian education system and the Nigerian educational system itself. What do the end-users actually want? We need to start giving them that window. Even those of us operating at the university level, National Universities Commission (NUC) which supervises the system always advises that aside from setting the minimum standard, what the NUC sets for universities is what is called minimum standard. They expect you as the service provider to do what is called curriculum enrichment by interfacing with your public what actually is their need.

Funding has been one of the major problems of education sector in Nigeria and the country is nowhere close to UNESCO’s recommendation on allocation of 26 per cent of the budget to education by developing nations, what is your take on this?

Let me make it clear that 26 per cent is a recommendation of UNESCO for every developing country that desires to become developed just like the World Health Organisation (WHO) will equally suggest for the health sector and the International Labour Organisation (ILO) for labour matters. What a country is supposed to be doing is that it may not hit 26 per cent but there must be a deliberate improvement. But the case of Nigeria is a very pathetic situation. All of a sudden, we turn education to become a single digit in our budget. It is highly unfortunate. Every year, when you see a deduction in education, you see an increase in security because those people that you refuse to train will be trained by another person and all the money you have been spending on facilities, they will be the ones to claim it.

How can the quality of the system be strengthened?

To ensure that we strengthen the quality of education right from basic to secondary up to the university, let us review our policy first. Our policy must reflect our needs. And in developing a policy, though we call it National Policy on Education, we need to equally recognise in that policy our diversity, not everything that a particular geopolitical zone has its own priority may form the priority of another zone.

Then, we need to review our curriculum. A curriculum should be a constantly reviewed document because human life is not static. The same curriculum that they used to train me, you can’t use that in training my children. The other thing is infrastructure. Our infrastructure in education needs to be fixed. We can only fix it adequately if we work on projection.  Funding, let us do a deliberate effort towards achieving a set target.

Teaching is another problem because those we call teachers in Nigeria are largely those that pick up teaching as alternative.