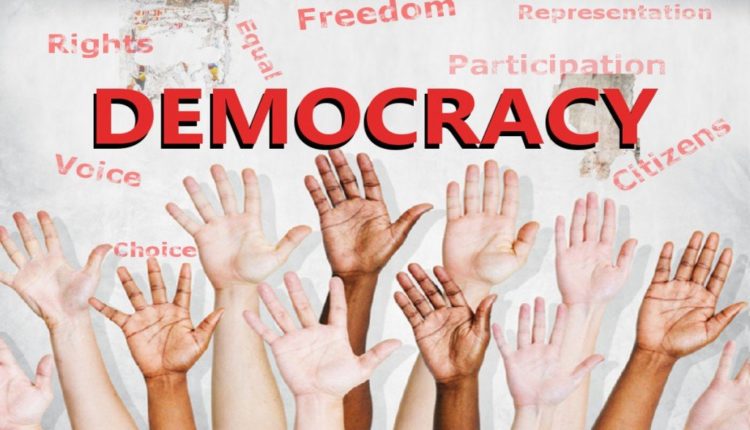 The white man’s brain is not superior to that of the black man. The story of America’s brain surgeon, Ben Carson, a black man, is apt to prove this. But in terms of creativity, technology and development, where is the black African man? The white man uses his imagination for the common good. They are innovators and inventors. Nigerian banks are sitting on top of people’s wealth. The big corporations are feeding fat on people’s ignorance. Our professionals and intellectuals are quite exposed and possess deep and enviable knowledge to excel in act and theory but they remain complacent, complicit and unimaginative.

The politicians ride rough-shod on the ignorance of the people to power. Ethnic bigots have caused deep divisions among the ethnic nationalities, making the people formidable foes instead of formidable allies. Politics in Nigeria is a do-or-die affair and is totally messy.

Getting caught up in the whirlwind of Nigeria’s political violence is not new. The process is repeated at every election cycle. Talk about taking cruelty to a new height! To standby and watch a fellow human being roasted alive?

To call such evil acts, “pockets of disturbance” in order to validate a murderous election? To correct our downward trajectory, we have to rekindle the visions of our founding fathers and all other things; good governance, fiscal federalism and responsibility, rule of law, political tolerance, sacrifice/selflessness, efficiency and honesty, would follow.

Against such, there is no law. Going back to the issue of unclaimed dividends if there is no legislation already in place, then one should be initiated immediately.

United Kingdom has legislated for advance corporation tax (ACT). Our accountants are aware of it. Corporate bodies should bank unclaimed dividends in order to earn interest which is also taxable.

That accounts for the effectiveness of public utilities – constant electricity supply, running taps, good healthcare, free education, social security, etc. In Nigeria, we complain, but we are not ready to sacrifice and pay for efficient service delivery. It is high time also for the government to consider social security tax. This will take banditry etc out of the society

As Lawan says Buhari is infallible