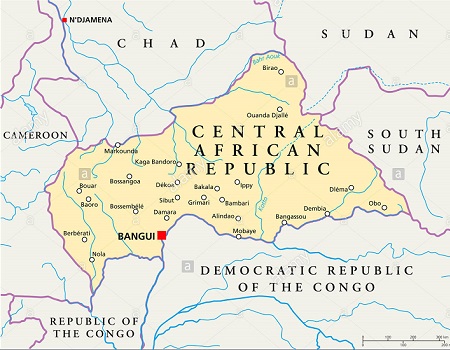 The United Nations peacekeepers in the Central African Republic (CAR) were “ineffective” in protecting civilians from attacks by armed groups in the town of Batangafo in October and November, a medical aid organisation has said in a new report.

The medical charity, Doctors Without Borders, known by its French initials MSF, said at least 15 people were killed and 29 others injured in the attack on the town, some 400km north of the capital Bangui, according to the report published on Monday.

It said the UN Multidimensional Integrated Stabilization Mission in CAR or MINUSCA, failed in its primary responsibility in the country Aljazeera reported.

“MINUSCA was responsible for protecting civilians. However, they were unable to do this,” Omar Ahmed Abenza, the MSF head of the mission in the country, said.

“Most of the victims of the violence are ordinary people. Civilians in Batangafo have been left with no effective protection,” Abenza added.

More than 20,000 people living in camps for displaced persons in the town were uprooted by the attack, about two-thirds of the total population, according to MSF.

The UN imposed an arms embargo as the country descended into war following Bozize’s overthrow. But the UN Security Council last month agreed to a possible easing of the embargo to allow weapons supplies for government forces fighting the militias, who control much of the country.

Despite electing a new leader in 2016, the country has been mired in tit-for-tat intercommunal violence and political instability.

Thousands of people have been killed in the violence, which has displaced a quarter of the country’s 4.5 million population.

A UN peacekeeping force of some 13,000 troops and police are currently deployed in the mineral-rich country.

The World Food Programme (WFP) said last year that 1.9 million people in the country do not have enough to eat – the highest figure since 2014 when the country was rocked by widespread sectarian violence.