• As state governors plan to name and shame rapists • Nigeria, 7 other African countries to benefit from 500m Euros assistance 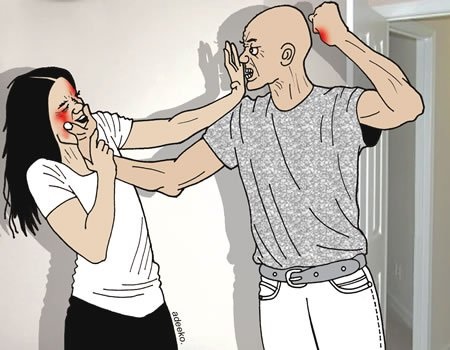 The United Nations (UN) and the European Union (EU) on Wednesday applauded the efforts of the Nigeria Governors’ Forum for imposing a state of emergency on Gender-Based Violence (GBV) towards addressing the various indignities that women go through in their own homes and that is now becoming rampant in all nooks and crannies of Nigeria.

They gave the commendation during a meeting organised at the instance of the UN and EU and the NGF, on a program code-named the Spotlight Initiative.

The purpose of the meeting was to discuss possible areas of partnership between the initiative and the NGF. Although it was essentially a physical meeting, the representatives of the European Union attended virtually from the UK.

The NGF Chairman, Governor Kayode Fayemi who led the NGF members to the meeting commended the UN and the EU for the initiative which he described as a game-changer when considered in relation to what the world is going through, especially the COVID-19 pandemic.

However, Dr Fayemi added that this initiative couldn’t have come at a better time, coming on the heels of the last NGF meeting where all the Governors took conscious steps to mitigate the unwholesome incidences of rape and other Gender-Based Violence in the country.

Governor Fayemi said there are other related issues that the Governors are looking at including the Child Rights’ Act and that have plagued the country in the past and they are being seriously considered for action.

The NGF Chairman, however, observed that while the Federal Government had taken steps in the right direction in solving these problems, some states are unable to domesticate them due to certain cultural and sometimes religious implications.

Governor Fayemi maintained that concerted efforts are already being made toward applying the naming and shaming of perpetrators of this Gender-Based Violence as a sex offenders register has already been opened.

The Ekiti State Governor also identified treatment, counselling and care as some of the most critical activities that can help the victims of GBV because they happen to be at the receiving end of the cane.

He also advocated the establishment of referral centres and shelters for the victims as not just necessary but critical in helping curb the problem.

Meanwhile, Dr Fayemi also included the social underpinnings that lead to these crimes which include insufficient knowledge on the part of the perpetrators saying education for both the perpetrators and the victims would go a long way in helping both. Bottom line is that the women must not just be healed and counselled but must also be empowered to be able to cope with their particular situations and circumstances.

Dr Fayemi said these are systemic challenges that take time to address and therefore expressed delight that the NGF would be pleased to be working with stakeholders to build and facilitate the implementation of functional systems for the country.

“As Governors, we are strong proponents of never letting the crisis to go to waste, instead we try and turn adversity to opportunity. At the NGF we do not just present responsive but effective governance as our priority,” Governor Fayemi concluded.

Speaking earlier, Mr Edward Kallon, the Resident Coordinator had enumerated area of cooperation with the NGF which include GBV, genital mutilation and Access to Justice among several other social inconveniences that have been plaguing mostly the weak and underprivileged members of society.

On his part, Kurt Correls who spoke for the European Union online from the EU headquarters applauded the Nigerian governors who he said have risen to the occasion by declaring a state of emergency on GBVs and looks forward to working with the NGF at a technical level to find a lasting solution to GBV and other anti-social behaviour in the country.

He added that GBV has always been with us in every society but what is commendable is the fact that, the courageous team of Nigerian Governors have now deemed it imperative to address the matter once and for all.

He said Nigeria is one of eight countries to benefit from its 500 million Euros assistance for the program and expects that tangible work would be done in this area.

Kurt also emphasised the need to align all activities of the program to meet the standards set for it because of how important it is to ensure the credibility of the process.