• Movement to transform to mega political party next year 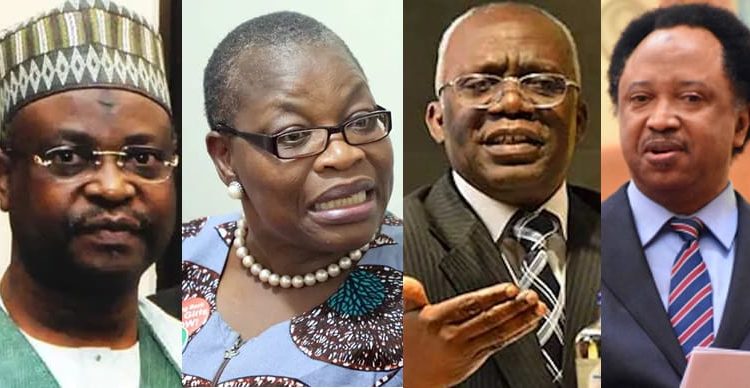 Dissatisfied with bloodletting, deaths and the political leadership of the country, a group of select Nigerians, under the auspices of New Pan Nigerian Consultative Political Front, are set to evolve a new mass movement.

The new mass movement, according to a communiqué signed by Professor Anthony Kila and Professor Jibo Ibrahim, is targeted at rescuing the nation from “exploitative grip of lacklustre leadership and manipulation of bickering, factionalized ruling political elites”.

According to the communiqué, the nation suffered critical deficiency in governance in terms of competence, discipline, cohesion, democratic best practices, such that the movement was formed as a political intervention to urgently save Nigeria from the precipice of political anarchy and civil strife.

Members of the coalition are also concerned about factionalization and imbroglio rocking major political parties in Nigeria and attendant political tension, resolving that the movement will provide a credible alternative political class and leadership for Nigerians.

Among other resolves, the new movement has as its agenda building of a new ideologically disciplined alternative Political class as well as the formation of a new formidable ideologically driven, democratic mega political platform.

The interim members are expected to mobilize Nigerians to embrace the movement’s political agenda until January 2021 leading to the birth of a “revolutionary super mega Political Party either by the adoption of an existing allied Political Party or the registration of a new electoral platform to be formally launched by June 2021.”

With the inaugural meeting of the movement to hold before the end of the month, people in the media, academia, grassroots, Women, Youths, Artisan, vulnerable Nigerians to serve as revolutionary and true change agents are to be recruited to form the targeted mass movement.

Speaking with Tribune Online on the essence of the movement, Professor Pat Utomi said the agenda was to have political parties and civil societies organizations to chart a new course for a better Nigeria.

“We want to have a new consciousness, where, for example, a political party can have an agenda, that they want to stop the abuse of the nation’s resources in the name of legislating.

“You can see the conspiracy of silence at the National Assembly, including both parties, suck up the resources of our country.

“You can see the shameful interaction between Festus Keyamo and the members of the National Assembly just showing how deep we have sunk. Everything is personalized; it is what they are going to get.

“We need NGOs whose business is to do nothing but to make sure that security vote is eliminated, to ensure that National Assembly can’t spend national resources, that we need to restructure institutions of government.

“My personal opinion is that we don’t need more than a unicameral legislature, not more than three or four people representing a state, instead of this mammoth waste of money in the name of legislature.

“Moreover, the system of checks and balances is not working anyway. We can’t tell where the judiciary stops, where the executive starts, the legislature continues. It is all one miasma of self-interested actors.

“So, is my personal view and the view of many of those in the group that we should create platforms for a national dialogue for a way forward for Nigeria,” Utomi said.