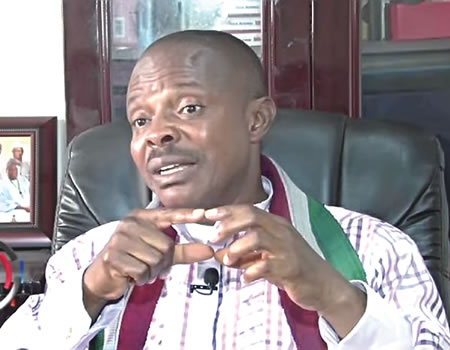 THE  Association of Senior Civil Servants of Nigeria (ASCSN) has advised President Muhammadu Buhari to be wary of mischievous individuals and failed experts who are bent on derailing his administration but pretending to wish him well.

Secretary-General of the ASCSN Comrade Alade Bashir Lawal, recalled that after President Buhari won the 2015 presidential poll, some disgruntled elements masquerading as experts started to urge him to descend on the Civil Service which they ignorantly claimed was over-bloated while simultaneously accusing Civil Servants of being corrupt without substantiating their allegations.

“What these pseudo experts do not seem to understand is that there is a marked difference between the civil service made up of line Ministries and their Departments and other Agencies of Government.”

According to the union, the civil service which is a sub-set of the entire Public Service,is made up of line Ministries such as Ministries of Agriculture, Budget and National Planning, Communication, Defence, Education, Labour Environment, Federal Capital Territory, Environment, and Employment, and others.

He explained that the public service is made up of the civil service as outlined above and other government agencies including but not limited to the Independent National Electoral Commission (INEC), the Central Bank of Nigeria (CBN), the Nigerian National Petroleum Corporation (NNPC), the Armed Forces and the Police, Department of Customs Service, Immigration and the Prisons.

Other Agencies in the Public Service are Economic and Financial Crimes Commission (EFCC), the Independent Corrupt Practices Commission (ICPC), National Agency for Food and Drugs Administration and Control (NAFDAC), Political Office holders including members of the National Assembly and their plethora of Senior and Special Advisers and Assistants, etc.

He stated that civil servants are the least paid when compared with the emoluments of employees in the other segments of the public service and advised those waging a war against dedicated civil servants to desist forthwith.

He urged President Buhari to remain focussed and committed to his promise to improve the welfare of civil servants in order to motivate them to attain greater productivity.

“We also urge the President to restore tenure policy in the civil service for Permanent Secretaries and Directors and reverse the practice of recruiting  Permanent Secretaries from outside the civil service because both policies have continued to demoralise senior civil servants who have devoted their entire productive years serving their fatherland only to be denied the opportunity to reach the peak of their career.

“It must also be emphasized that constant threats to sack civil servants, who are the engine room of Government, is counterproductive since it can lead to lose of faith in the system and low productivity as well,” he said.

The ASCSN scribe posited that those clamouring for a big cut in the size of the Service should let Nigerians know which part of the service they are referring to.