UI inaugurates buildings in honour of wives of Makinde, Adeboye 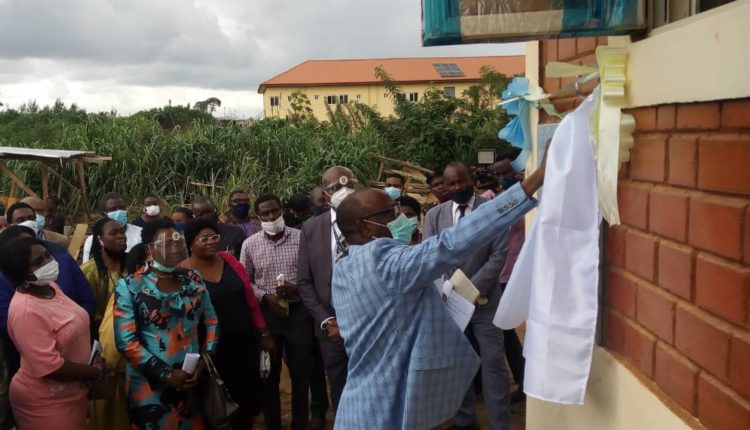 Speaking, Wife of the Oyo State governor, Mrs Tamunominini Makinde, hinted that the agro centre commissioned will help in providing an avenue for the agro centre will provide an avenue where women will learn or the other which will reduce the rate of unemployment in the society.

Makinde’s wife, who was represented by the permanent secretary, ministry of women affairs and social inclusion, Mrs Christianah Abioye, also noted that the newly commissioned hostel will help in alleviating the problem of accommodation being faced by the students of the University.

She, however, urged philanthropists to embrace an initiative like this to reduce poverty in the society.

“There is so much about the vices in the society in which we need to make sure our girls are safe, so that is one of the reasons we have to build this hostel to ensure the safety of female students.”

She said: “We have five different parts of project, we have decided to focus on five different crops at the moment, they include cassava, maize, plantain and banana, tomatoes and pepper. To process this and to obtain NAFDAC number we would need our own factory, that is why we have constructed the factory and our product are of export quality.

She, however, hinted that the proceeds from the agro-processing centre will be used to sponsor indigent students, adding that a mechanism has been developed through which they can be identified and supported by the society.

“The proceeds from this will be used to sponsor indigent students because we discover there are some students who find it hard to pay school fee and feed themselves, we are developing a mechanism through which they can be identified and supported by the society.

“It is also meant to train women, the unemployment and underemployed youths in some of these skills, for example, we have developed a technology of processing tomato and pepper into paste, that can remain on the shelf for more than six months without being refrigerated, so also have we develop technology for processing tomato and pepper into a pellet. We will like to train this set of people so that they can be gainfully employed, to reduce unemployment.

The vice-chancellor, University of Ibadan, Professor Idowu Olayinka, commended the wife of the general overseer, Redeemed Christian Church of God, Pastor Mrs Folu Adeboye, adding that it will help to reduce the population of the congested hostels in the institution.