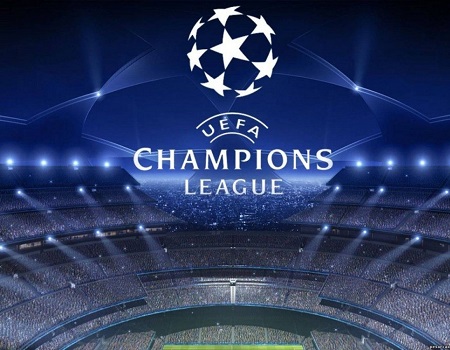 For many, Bayern Munich’s 1-0 victory against PSG on August 23rd was a victory for football, rather than solely for Bayern as a club. It was a win for the sport, rather than the business that football has become, with the victorious Bayern Munich squad costing the club less than half of the extortionate £220 million fee that PSG paid for Neymar.

Winning the Champions League (which fans bet on using bookies from this list of betting sites), is the pinnacle of European clubs’ achievements. And, whilst Bayern Munich aren’t exactly footballing minnows, their sixth Champions League win was refreshing to see for many football fans.

In what was probably the Serbian side’s biggest ever match, Bayern Munich started a little slow. Kingsley Coman opened the scoring on 34 minutes, but the win wasn’t wrapped up until the 80th minute, when goal-scoring machine Robert Lewandowski scrambled home to double the deficit. Eccentric center-forward Thomas Muller rounded off the victory which kicked off Bayern’s winning campaign.

Next up for the German side was Mauricio Pochettino’s Tottenham Hotspur – last year’s losing finalists. Bayern capitalised on Spurs’ fragility, carried over from their poor start to the 19/20 Premier League campaign, and four goals from Serge Gnabry condemned the London side to a humiliating 7-2 defeat.

Whilst the scoreline amplified fans’ voices calling for Pochettino’s removal at the Tottenham Hotspur stadium, Hansi Flick’s vibrant, risky, attacking side had put out a statement of intent. Bayern meant business.

A further four group stage victories, including wins against Olympiakos, meant that Bayern Munich progressed to the round of 16 with a perfect 18 points from a possible 18.

A trip to Stamford Bridge beckoned for Neuer and Co. in the Round of 16. Frank Lampard’s Chelsea put up a stern challenge, and if it wasn’t for Manuel Neuer, Bayern may have found themselves more than a goal down before Serge Gnabry fired the German side into the lead.

The idea of attacking overlaps made both of Bayern’s other two goals, with Gnabry’s second and Lewandowski’s first, effectively knocking Chelsea out before the return leg in Munich kicked off.

A 4-1 victory at the Allianz Arena saw Bayern win the tie 7-1 on aggregate. And, upon returning to action after the COVID-19 lockdown, they hit the ground running once again.

Catalan giants Barcelona were up next, with manager Quique Setien looking to deliver silverware at the Nou Camp after losing out on the La Liga title to Real Madrid. Bayern manager Hansi Flick bargained on using a high defensive line, with Manuel Neuer, in the role we all know the Germany number one for, sweeping up behind his defence.

Bayern’s attacking players were allowed to play an intense pressing game, and with Luis Suarez and Lionel Messi uncharacteristically un-energetic (and somewhat isolated by a lack of service from Arturo Vidal and Sergi Roberto), Bayern steamrolled the Spanish side. At the end of the evening in Lisbon, the scoreline read Barcelona 2-8 Bayern Munich.

And then there were two.

Bayern’s tight 4-2-3-1 formation, with little space between midfield and attack, allowed their attacking movements to be more cohesive. The high defensive line returned, and although Bayern were caught out a few times, Manuel Neuer was there to save the day – arguably reclaiming his title as the world’s best goalkeeper in the process.

Kingsley Coman’s winning header claimed the trophy for Bayern in the 59th minute. Bayern Munich, whose recruitment has been based on hard bargains and elite scouting (with seven of the starting 11 in the final costing under ten million euros), proved to the footballing world that even the elite sides don’t need to spend hundreds of millions; rather, to create an effective unit with talented players, who genuinely enjoy playing with each other.

In the words of Thomas Muller after the win, ‘We are a crazy bunch of guys from A to Z, always willing to help each other out, with incredible togetherness’…

We will not collapse Amotekun into community police ―Akeredolu