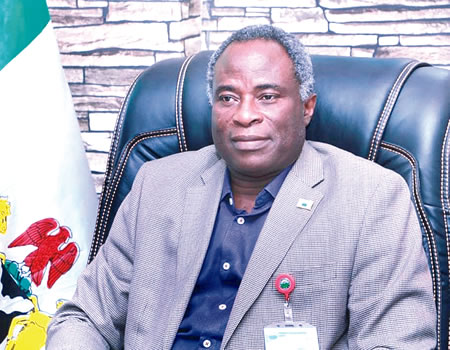 The Chief Medical Director (CMD) of the University College Hospital, (UCH), Ibadan, Professor Jesse Otegbayo on Wednesday said the hospital would need nothing less than N50billion intervention fund to reclaim its glory as a leading tertiary health institution in the country.

He made this disclosure in an interview with journalists during the visit of the House Committee on Health to the hospital.

Identifying gross infrastructural decay precipitated by overstressed facilities, age of the hospital and poor economy as challenges confronting UCH, Otegbayo emphasised that “we need the special intervention fund because some of the facilities are as old as 63years. The turning of the sword for many of the buildings here was in 1953 only that the hospital came into service in 1957.”

According to him, “like any other infrastructure, the older the more the weaknesses that set in, so you need more money and other interventions to solve the problems. All our underground cables that had been laid as far back as 1953 and the power cables that were laid 1952 are breaking down.”

When we pump water here, you find out that the distribution is poor. We also require a special intervention fund to replace our ageing equipment. We require befitting facilities for a medical institution like UCH. If we are able to do this, we are going to bring back health tourism to UCH. We don’t have personnel problem but the tools to do the job is the issue that we are battling with.”

“We are appealing to the House Committee on Health to assist us in getting the fund for the hospital to live up to its responsibly as the number tertiary health institution in the country. You need to look at the expanse of land, the infrastructure, the buildings, the level of personnel and the tools required. I would move for an estimate of about N50billion for a start for us to be able to bring this hospital back on its feet”, Otegbayo remarked.

After the conclusion of the assessment tour of the facilities in the hospital, the house committee resolved that the hospital required an urgent financial lifeline to salvage it from collapse.

The chairman, House Committee on Health, Hon Pascal Chigozie said “the University College Hospital requires special intervention fund or grant given by the Federal Ministry of Finance to rescue institutions that are at this level. It is a fact that this is the number one tertiary medical institution in Nigeria and because of the fact that it is a little less than 70 years old, one should be inclined to accepting the fact that the infrastructures are stressed and requires rehabilitation.”

“We are calling on the federal government to intervene by way of granting special intervention fund.

We discussed with the CMD on the possibility of setting up a committee to draw a four-year plan towards rehabilitating the institution so that it can deliver optimally. We know that the hospital has adequate manpower but the facilities to render required services are not there or are stressed. So many of them are broken or are very old. We need to embark on a rescue mission for this place to come to where it should be”, he stated.

Hon Bagas Musa and Amos Magadi and other members of the House Committee on Health who were on the visit contended visible action must be taken to reposition UCH.

A Kano based industrialist, Chief Kalu Ogbonnaya, has advised the Federal Government to take necessary steps to stimulate the nation’s economy to prevent a recession post COVID-19…UCH needs N50bn intervention

Gombe gov swears in Igbo man, one other as Special Advisers