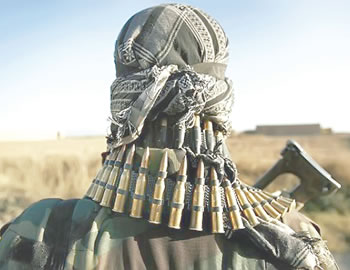 Two suspected Boko Haram insurgents were on Thursday afternoon arrested in Damaturu today by the vigilant security in Yobe State.

Military sources told newsmen that the arrests were in reaction to Intelligence reports that the insurgents  on a desperate mission had infiltrated the town.

The source noted that the military was quite conscious of the fact that they had enemies who were close by and had infiltrated some sections of the capital but were fully ready to defend it.

“They assembled in an area in between Goniri and Yadi Buni also grouping themselves in one village under Damasak called Talatan ngamdu while others are also hidden at Gashigar village.”

As at the time of writing this report, the roving insurgents according to our sources were seen heading towards Magumeri

“Just now, six vehicles of insurgents have past through Buni Yadi, they hid their plate numbers and are driving towards Magumeri LGA.” he revealed.

Governorship debate: That violence in Abia