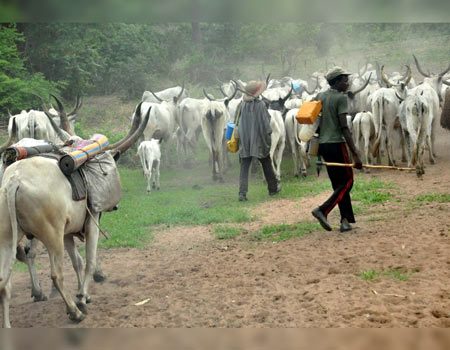 The villages are Gon and Bolki in Numan Local government areas of Adamawa State.

A contact from Nzumosu who identified himself as Clement Adams, one of the Youth leader and a member of vigilante told the Nigerian Tribune that Houses were burnt and animals stolen.

Adams said one of those killed is a mason on assignment to reconstruct one of the destroyed primary school by the same herdsmen.

They attacked at 2: 30 am of Tuesday morning, our sources said all attempts to engage soldiers from Abare axis near a cattle camp suspected to belong to a serving army general proved abortive and no response despite calls to security services.

“I saw two dead bodies,the other one is a mason working on one of the primary school under rehabilitation.” He said.

However, DSP Suleiman Ngoruje, Adamawa State Police Command Police public relations officer when contacted said he has not been briefed to the filing in this report.

“I have not been briefed and Nobody told me anything, I suspect there’s network problem in that area, and will certainly get back to you,” Ngoruje said.

Every other attempts of putting a call through to him were futile as of the time of filing this report.

Insecurity: Nigeria may turn to nightmare for citizens ― Reps