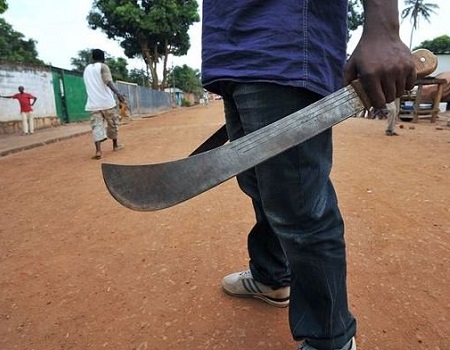 TWO farmers were on Friday hacked by suspected herdsmen while returning from their farms in Igangan community in Oyo State.

While it was reported in some quarters that the farmers, Seun Rotimi and Jamiu Jinadu, died, the chairman of Igangan Local Council Development Area (LCDA), Okedeji Daniel Olusegun, said the farmers did not die although the injuries were serious.

The council boss said he was informed about the incident and that the farmers sustained serious injuries after being hacked by the herdsmen.

An official of Amotekun also informed Tribune Online that the farmers were already receiving treatment in the hospital.

It was gathered that the incident occurred after a popular indigene of the area, Sunday Adeyemo, popularly known as Subway Igboho, had gone to Igangan to warn the leader of the Fulani community over incessant attacks on people of the area.

It was learnt that it was immediately after Igboho left the community that the herdsmen, in protest, attacked the farmers who were returning from the farm.