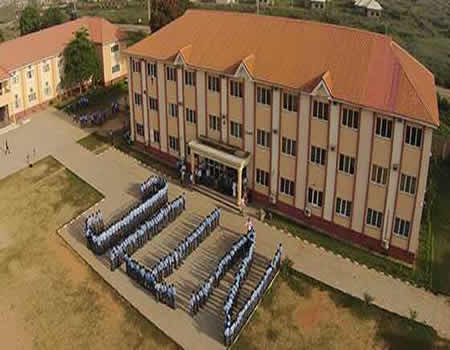 The Assistant Inspector General of Police in charge of Zone 2 compromising Lagos and Ogun States, Mr. Kayode Aderanti, said that the Police is closing up on the abductors of eight people at the Nigerian-Turkish International College (NITC), Isheri, Ogun State, penultimate Friday.

The AIG who was in the state on a one-day working visit explained that the police are using tactical strategies to arrest the hoodlums.

The abductees which include five students and three members of staff , had been held in captivity in the last 12 days.

There was wild speculation on Monday night that the victims might likely be released.

Aderanti said that a detachment of policemen from the Zone is not leaving any stone unturned in ensuring safe return of the victims.

The AIG said, ” We are working assiduously towards getting the children back, in a matter of 24-hours or thereabout, they will be out. We are seriously on them. “

Aderanti, however, denied rumour making the rounds that the families of the victims have been paying ransom,  insisting “no ransom have been paid”.

The AIG earlier in the day paid courtesy call on the state governor, Senator Ibikunle Amosun,  former president Olusegun Obasanjo and the Alake and paramount ruler of Egbaland.

The Police boss while addressing the rank and file of the Police at the Command headquarters, Eleweran, promised training and re-training of the officers and men.