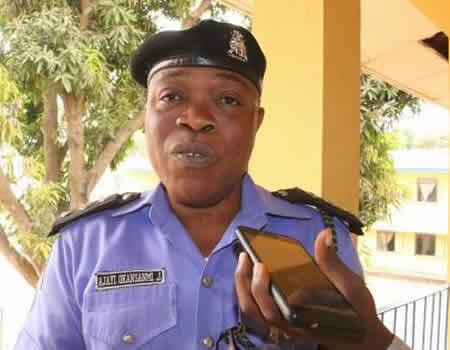 Kwara state police command has said that it is working assiduously to effect the safe release of four abducted Turkish nationals who were reportedly kidnapped at Gbale village in Edu local government area of Kwara State at the weekend.

It is recalled that the Turkish nationals were abducted at a local drinking joint by a six-man armed gang on Saturday at about 10 p.m.

The kidnap victims, identified as construction workers with Instabul Concrete limited in the village, are Yasin Colak (33), Senerapal (40), Ergun Yurdakul (35) and Seyit Keklik (25).

This is just as one of the traditional title holders in the area, on Monday said that the kidnappers had demanded a sum of N16 million as ransom for the release of four Turkish expatriates.

Speaking with the Nigerian Tribune in Ilorin on Monday, the state Police Public Relations Officer (PPRO), Ajayi Okasanmi, denied any knowledge of demand for ransom for release of the victims.

The PPRO said that the police command had advised family members of the victims not to pay ransom for the release, addingthat, “For now, the police is working round the clock to make sure the abductees are released unhurt and alive. That is what I can say for now. We don’t want to give out information that will jeopardize the safe release of the Turkish nationals”.

The report, on Monday, said that the kidnappers had demanded a sum of N16 million as a ransom for the release of four Turkish expatriates.

A community leader in Lafiagi, Edu local government area of the state, who is also the Shaaba of Lafiagi, Abdulrahaman Manzuman, reportedly said.

Manzuman, who expressed dissatisfaction on the matter, said that such development was an eyesore to the community.

“We are very disturbed concerning the incident. I heard that the kidnappers have contacted the company demanding for N4 million per head. I can’t say much on it because I am not in town presently”, he said.

Recalling the incident he said, “On that fateful evening, we were told by other people who had scampered for their safety that some gunmen who looked like Fulani herdsmen had taken the Turkish to unknown destinations.

“Meanwhile, the victims were drinking at a local joint when the gunmen invaded the area and kidnapped them at that time.

“The police in joint work with local Vigilante group of Nigeria are now in serious search to rescue the victims. They have been searching around while some security operatives are in the bush for the same mission”

Speaking on the development, the vice president of Vigilante Group Nigeria, Saka Ibrahim said the vigilante in the local government area are teaming up with the police officers to ensure the victims are rescued.