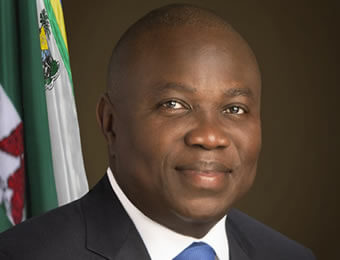 The Trade Union Congress (TUC), Lagos State Council, has declared that if the Lags State Government must remove the yellow buses from the highways for the good of Lagos; it must first work out an alternative arrangement for the over 100,000 citizens of the state, whose income and livelihood depend on the yellow buses.

Besides, the congress said before the yellow buses are phased out, the proposed introduction of new state of art buses must go through a very transparent arrangement, for transport companies to offer their services to commuters in the mega city of Lagos.

The Chairman of the council, Comrade Francis Ogunremi, said the congress welcomes the current effort of Lagos State Government to modernize the transport sector in Lagos through the current road construction efforts.

Comrade Ogunremi also said the TUC welcomes the introduction of new and bigger buses into Lagos roads; but added that “we have our concerns and fears about the half baked and unscientific approach of removing yellow buses from major highways as announced recently.”

He said: “The technical questions and answers relating to the clarity of our position in TUC are as follows; do we support the introduction of modern bigger buses in Lagos city? Yes!; for the financial gains of a few cabals? No!; for the financial benefit of the government of Lagos State on behalf of our 20 million people? Yes!

“The other unanswered question arising is – who are the owners of the new buses that are to be introduced; for whose benefit, a new price regime was effected on the BRT; and for whose benefits again; all the yellow buses in Lagos must go off the highways.

“The State Council notes that a very clear pattern of subverting the people’s needs and desires for development and modernization for the financial gains of a few, has emerged in Lagos over the years.”

Nigeria will be better