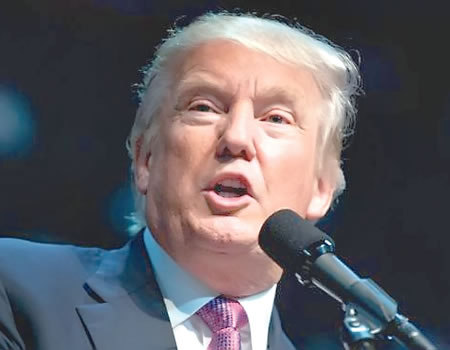 The Las Vegas Review-Journal has become the first major American newspaper to endorse Republican presidential nominee Donald Trump. They’ve chosen do to so just two weeks away from the election in the key battleground state of Nevada.

According to CNN, the daily newspaper which has a circulation of nearly 200,000 readers, described Trump as the answer to American “frustration and disillusionment today with the political institutions that govern the nation.”

“They clamor for an alternative to the incestuous and pernicious atmosphere dominating the capital,” the editorial board wrote. “They see a vast array of lobbyists, elected officials and entrenched interests manipulating the levers of power for their own enrichment at the expense of ordinary citizens.”

Unsurprisingly, Trump was pleased with the supported.

Throughout 2016, Trump campaign has attempted to allure such disenfranchised voters by subtly stoking xenophobic fears amid calls to “Make America Great Again.”

In the face of the offensive remarks, as well as a lack of understanding on some political issues, major US newspapers have steered clear of backing the billionaire baron. The newspapers who endorsed Mitt Romney in 2012 but are now siding with Clinton include the Houston Chronicle, Dallas Morning News and the Arizona Republic.