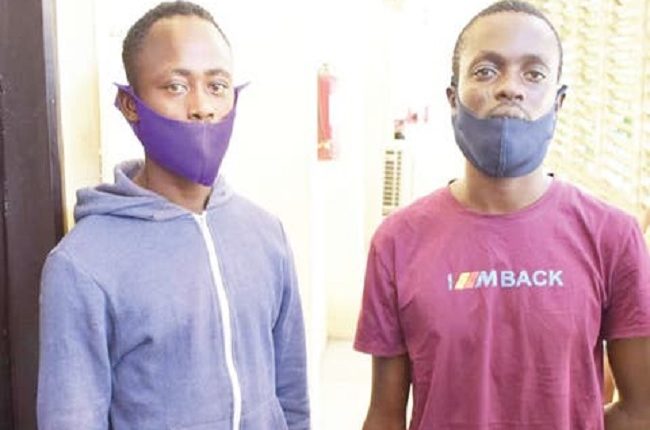 The Lagos State Government has arraigned a truck driver, Dominic Amaechi, and the truck owner, Cyprian Arinze, before the Lagos State High Court in Ikeja for allegedly causing the death of two persons.

Tribune Online learnt that Amaechi, on August 21, 2020, around 8 pm while driving a containerised Mack truck, with number plate LSD 365 XR, caused the death of two residents, Eno Joseph and Titilayo Alayonimi. He was also said to have broken the leg of another victim, Alani Oladipupo.

The incident happened at Odi-Olowu bus stop on the Apapa-Oshodi Expressway.

The suspects were arraigned on seven counts bordering on dangerous and reckless driving, involuntary manslaughter, grievous bodily harm, wilful damage, among others, before Justice Oyindamola Ogala.

They pleaded not guilty to the charges.

Following the plea of the defendants, Justice Ogala adjourned the matter till September 30 for trial.

EDITORIAL: FG’s Gaffe On Amotekun
FOR the umpteenth time, the presidency stirred the hornet’s nest recently. Against the run of logic and the law, it declared that regional security outfits such as Amotekun would be subsumed under the existing policy architecture.  Senior Special Assistant to the President on Media and Publicity, Garba Shehu, featuring…Truck driver arraigned Truck driver arraigned

E Ink Tablets Are Fast Replacing Pen And Paper.
E Ink tablets are devices that allow you to do the things you can do with a pen and notepad, which is to take notes for keeps with the possibility of reviewing later. The simplicity of these devices is so amazing that using them is just like using pen and paper. Technological advancements have made lots of people turn to…Truck driver arraigned  Truck driver arraigned

22 Christians And Muslims Leaders Unite For Peace In Kaduna
Muslim and Christian leaders in Kaduna State have called on adherents of both religions to stop conducts that are unbecoming of their faith but to embrace peace instead. The leaders of faith spoke at Sir Kashim Ibrahim House, Kaduna when Governor Nasir El-Rufai inaugurated the House of Kaduna Family, a platform…Truck driver arraigned  Truck driver arraigned

Sokoto residents groan over price of foodstuffs, others