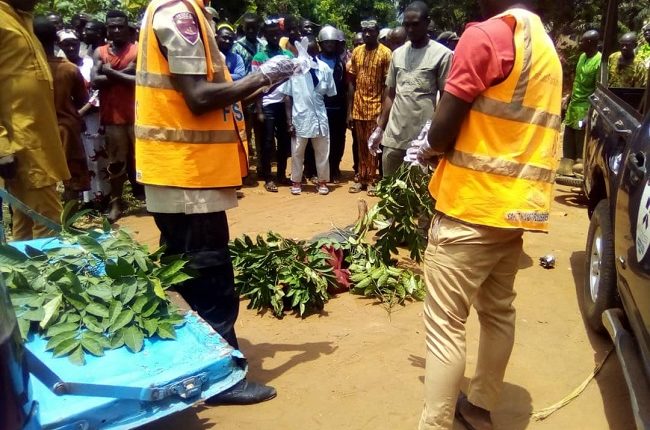 Florence Edor, the Sector Public Education Officer of the Federal Road Safety Corps (FRSC), Anambra State Command, who confirmed the accident in a statement, said, two male adults were involved in the crash, the male adult motorcycle rider was taken to St Joseph hospital by FRSC rescue team from Igboukwu Command and was confirmed dead by the doctor on duty. His body has been deposited at the Morgue.

Edor said: “The State Sector Commander, Andrew Kumapayi, has sent his condolence to the deceased family,

And he has warned motorcycle riders to avoid unnecessary speeding and overtaking that usually leads to a crash. They should always be on their safety helmet to protect them from a head injury when a crash occurs.

At about 25 minutes, the train slowed down at the uncompleted Omi-Adio terminal, a village on the Abeokuta/Ibadan expressway; it’s a stone throw from Apata in Ibadan. Conveyance of passengers from there and other terminals has not kickstarted as the terminals are still under construction and workers were found there…Truck driver kills Okada man in Anambra

Can Diabetes Bring Some Chronic Complications?