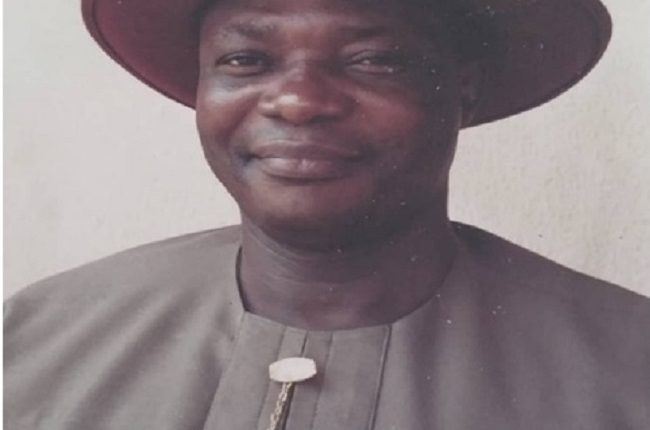 At the advent of the civilian administration in 1999, the government felt the need to establish a new organ to take care of development and implementation of its environmental policies. Some departments and units from existing federal institutions were merged with the then Federal Environmental Protection Agency (FEPA) to create the new Federal Ministry of Environment. Dr. Imeh Titus Okopido, who hailed from Ikot Akpan Anwa, Ika Local Government Area of Akwa Ibom State, was appointed the pioneer Minister of State for Environment. He served from 1999 to 2003.

Barely few days after Dr. Okopido’s inauguration by President Olusegun Obasanjo in 1999, the first Permanent Secretary of the newly recreated Federal Ministry of Environment and the last Director General of the defunct FEPA, Dr. Raphael Adewoye, called me to his office and directed that I should accompany the new minister to Ghana as a Technical Adviser to attend the special meeting of Environmental Ministers from selected countries being hosted by the government of Ghana. That was the beginning of my working relationship with Dr. Okopido.

The meeting in Ghana was held from September 2-5 1999 in the city of Elmina. It was a high-level informal meeting of ministers from selected countries all over the world, convened to deliberate on some key environmental issues. Over the years, the informal meetings of the Environmental Ministers have served as unique fora where ministers in an informal setting discuss various environmental and sustainable development issues of global concern.

The results of the discussions then feed into various formal regional and global environmental meetings and conferences. It was at this meeting that the decision was made for Africa to host the World Summit on Sustainable Development (WSSD), and be the venue to mark the 10th anniversary of the United Nations Conference on Environment and Development (UNCED), otherwise called the Earth Summit. The WSSD was held in 2002 in Johannesburg, South Africa.

Dr. Okopido’s participation at the meeting in Ghana was his first assignment outside Nigeria as minister. That was also my first interaction with him. I was then Chief Scientific Officer in the new Federal Ministry of Environment.

I was amazed at the quick pace Dr. Okopido adapted to the global geopolitics and eco-diplomacy. But I was not utterly surprised when I realised he had science background and was a graduate of Veterinary Medicine from Ahmadu Bello University, Zaria. Dr. Okopido’s interventions during the ministerial forum were very apt and lucid. He marshaled out his points with focus and clarity.

His contributions were always positively acknowledged and supported by subsequent speakers. The Ghanaian Minister of Environment, Mr. C. A. Avoka, was so impressed that he approached Dr. Okopido during an afternoon break and requested him to make a special presentation on “Climate Change and Africa” the next day.

Dr. Okopido’s quick comprehension of intricate environmental issues and his negotiation skills were highly appreciated. He was easily briefed. He asked salient questions to further understand issues. He was invited to many international meetings and consultations, including Conferences of Parties to Environmental Treaties and Conventions to which Nigeria is a signatory. He became a powerful voice in promoting environmentalism at regional and global levels.

He was a towering figure in the activities of the African Ministerial Conference on Environment (AMCEN). At his instance, and with the support of his boss, President Obasanjo, Nigeria hosted a couple of international environmental workshops, seminars, meetings and conferences, including the eighth session of AMCEN held in Abuja in April 2000. Th Abuja Declaration on AMCEN 2000 contained a political commitment for renaissance of AMCEN, and a landmark decision for the preparation of the Africa Environment Outlook (AEO) Report to provide a scientific environmental assessment and related policies and management programmes in Africa.

Working closely with his South African counterpart, Mrs. Rejoice Mabudafhasi, he facilitated the African Process – a pioneering initiative implemented as a GEF Medium Sized Project (MSP), which focused on identifying leading causes of degradation of Africa’s marine and coastal resources; and determining the most effective environmental, institutional, and financial projects to address them.

Dr. Okopido became a strong global advocate for environmental protection and sustainable development. He was specially invited to England to address the British House of Lords in London. He placed Nigeria in the forefront of global environmentalism.

At the country level, Dr. Okopido’s achievements were also very laudable. Working together with some key officials of the ministry, he oversaw the development and implementation of government policies and programmes, particularly in such areas as Forestry; Erosion and Flood, Drought and Desertification; Oil and Gas; Biodiversity Resources; Freshwater Resources; Toxic Chemicals and Hazardous Wastes; and Domestic and Industrial Pollution.

He made rehabilitation, decontamination and protection of the environment of the Niger Delta Region some of his top priorities. He was responsible for the establishment of the National Oil Spill Detection and Response Agency (NOSDRA). He also attracted some donor-supported projects to Nigeria.

Dr. Okopido worked very closely with his boss, President Obasanjo. He was literally briefing his boss daily on emerging local and global environmental issues. He was very dedicated and committed to his job, and was very much on top of the issues.

President Obasanjo admired his passion, energy and drive. He prepared a milestone document on environment and development, showing the policy linkages and their environmental implications, and stressing the urgent need for all Ministries to work together to promote environmental protection and sustainable development in Nigeria. President Obasanjo and his cabinet applauded his effort. The document, a declaration to work together and protect the environment by all Ministries, was signed by Mr. President and the Ministers.

Dr. Okopido was an ardent believer in environmental stewardship and living in harmony with nature. He viewed religious leaders as stewards of God and always urged them to rise to the challenge of environmental crisis and its negative impacts on the living conditions of Nigerians by directing their flocks aright. He also believed that ecological injustice has a direct link with socioeconomic injustice, and both can result in poverty and a negative impact on the environment.

Dr. Okopido was a patriotic and detribalised Nigerian who related very well with the high and low from all parts of Nigeria, irrespective of tribal or religious persuasions. Many of his friends are from the North, East and West of the country. He had Emirs, Obas, and Ezes as friends. He felt very comfortable in any part of Nigeria he visited. He never condoned religious or ethnic sentiments.

He abhorred nepotism and mediocrity. He held the view that nepotism encourages mediocrity. He had no patience for indolence. He never cared or bothered about your ethnic origin or religious affiliation, provided you are capable of doing your job effectively and professionally.

The demise of our pioneer Minister of State for Environment, has created a big vacuum very difficult to fill. He left when the country needed him most for his wise counsel.

We have lost a boss and a genuine friend. May his gentle soul rest in the bosom of Lord in perfect peace.

Dr. Lawrence Chidi Anukam, the immediate past Director General/CEO, National Environmental Standards and Regulations Enforcement Agency (NESREA), and former Associate Adviser to the Secretary General of the United Nations Conference on Environment and Development (UNCED), sent this tribute from Abuja.