Tribute to my political godfather, Ayo Fasanmi by Bisi Akande 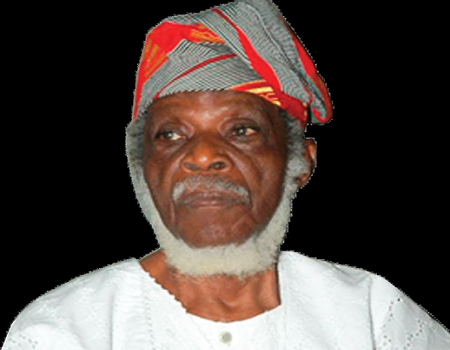 I’m suddenly made a political orphan by the passing of Papa Ayo Fasanmi at this point. It is shocking and very painful to me personally because he was my political godfather since he introduced me to Chief Obafemi Awolowo in 1977.

I am sure his passing is a great loss to the Yoruba nation and to Nigeria as a whole.

We were together in the National  Constituent Assembly that wrote the 1979 Constitution for Nigeria.

ALSO READ: You want to take your barbarous activities to another level, Ortom tells Miyetti Allah

Papa Fasanmi’s wealth of experience as a progressive politician is mostly needed now that Nigeria is gradually taking steps towards consolidating democratic norms, hence a big vacuum has been created by his exit.

Those Nigerians who were not born before 1956 would only have the military sense of democracy and may never know good governance unless they were fortunate to have learnt under the tutelage of people of Papa Fasanmi’s political generation.

It is significant therefore that the knowledge of the contributions of Ayo Fasanmi’s generation to the development of Nigeria become useful for thinking right on how to reposition the problems of Nigeria.

Papa Ayo Fasanmi had consistently been a champion of democracy and good governance which he pursued till he breathed his last. His role in ensuring Yoruba has a place of its own in the politics of Nigeria will remain indelible while his contributions to the formation and sustenance of Afenifere, the pan Yoruba socio-political organisation can not be ignored.

Papa Ayo Fasanmi will be sorely missed by us, his political associates and by the entire nation.

May God grant him eternal rest as we pray to God to give us, family, friends, political associates, fortitude to bear the irreparable loss.

We say bye-bye to our great leader.

Chief Bisi Akande was the first interim Chairman of the All Progressives Congress, (APC).

You want to take your barbarous activities to another level, Ortom tells Miyetti Allah