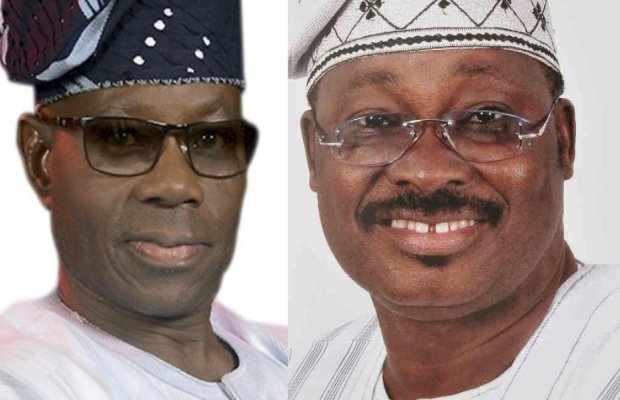 The National Assembly Election Petition Tribunal will today give judgment over the place filed by a former governor of Oyo State, Senator Abiola Ajimobi, challenging the victory of Senator Kola Balogun of the Oyo South senatorial district.

The Independent National Electoral Commission (INEC) had declared Balogun as the winner of the election into the seat of Oyo south in the senate.

According to the commission, Balogun of the Peoples Democratic Party (PDP) polled 105, 720 votes to defeat Ajimobi of the All Progressives Congress (APC), who scored 92, 218 votes.

However dissatisfied with the results as declared by INEC, the former governor approached the tribunal, seeking the nullification of the results.

He also prayed the tribunal to order a fresh election in the senatorial district.

In the petition number EPT/OY/SEN/12/2019, the APC, citing observed alleged irregularities in accreditation especially smart card reader report, voters on form EC8D(1), wanted the tribunal to nullify results in some contending units and order that a fresh election is conducted.

The tribunal, headed by Justice Anthony Akpovi, had on August 18, 2019, adopted the final written addresses of parties to the petition which were Ajimobi, Balogun, PDP, and INEC.