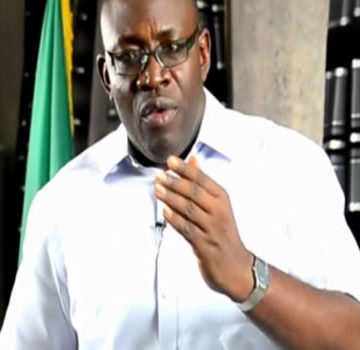 The Bayelsa State Government has declared N18bn as the balance of funds available to the state as at 30th October, 2018.
The Deputy Governor, Rear Admiral John Jonah (retd.), announced this on Wednesday while presenting the income and expenditure financial statements for the month of October 2018 at the Government House, Yenagoa.
He explained that the amount consisted of N4bn balance brought forward from the month of September, while N14bn represented the balance of funds at the end of October.
According to the deputy governor, gross inflow from the Federation Account Allocation Committee, for last month, stood at N14.6bn, comprising a 13 per cent derivation of N9bn, statutory allocation of N3bn, Internally Generated Revenue of N1bn and Value Added Tax of N688 million.
ALSO READ: On payment of pension arrears

He said total FAAC deductions gulped N1.6bn, including restructured commercial bank loans, N741m; bond obligation N421m, restructured refund of overpayment, N128m and excess crude account facility of N126m.
He also explained that the total amount for the outflows came up to N6.6bn consisting contractual guarantees of N2.8bn, salaries for civil servants, N2.7bn, while that of political appointees stood at N472m.
Other components of the outflows, according to Jonah, are salary grants to tertiary institutions, N630m while 10 per cent contribution to payment of primary school teachers was N47m.
The deputy governor also pointed out that recurrent expenditure stood at N3.6bn while N4.3bn was used for capital project.
He said the State also recieved N24bn as part of its share for the Paris Club Refund to States. “From this sum, we paid one full month salary arrears for the month of March 2016. In the sam vein we paid 50 per cent arrears we owed worker for the months of June and July 2016, and this amiunted to N3.8bn.
“After all these expenditures, the State has a reserve of N18bn which comprises N4bn that was caried over from the month of September 2018.”
Earlier, the Commissioner for Information and Orientation, Mr Daniel Iworiso-Markson, in his opening remark said the transparency and accountability policy of Bayelsa had earned the state so much respect and honour both within and outside the state.
Share