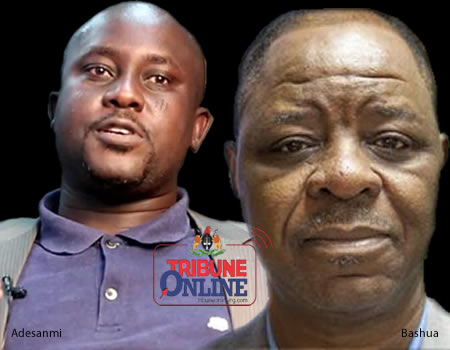 Nigeria-born Canadian scholar, Prof Pius Adesanmi and a former Nigerian diplomat with the United Nations, Ambassador Abiodun Bashua, were among the 157 passengers on board the ill-fated Ethiopian Airlines flight that crashed on its way to Nairobi, Kenya, on Sunday morning, with no survivors.

Adesanmi, a columnist with the Nigerian Tribune – Injury Time with Pius Adesanmi,  and a Canadian-based Professor was a native of Isanlu, in Yagba East Local Government Area of Kogi state Kogi State.

On this fateful day, he was said to be flying with a Canadian passport, the reason he was not immediately counted as a Nigerian when rescuers were identifying the crashed passengers.

Ambassador Bashua, a retired Nigerian diplomat said to be carrying a UN passport was onboard the ill-fated Ethiopian Airline plane, a Boeing 737 MAX 8 carrying 149 passengers and eight crew members, which lost contact with air traffic controllers six minutes after taking off.

The plane crashed near Bishoftu, southeast of the Ethiopian capital.

In a statement, the airline operators said 32 Kenyans, 18 Canadians, eight Americans and seven British nationals were among the passengers.

Adesanmi, who was travelling as a Canadian citizen, posed with his Canadian passport in the last picture he posted on Facebook on Saturday morning, with a message, a Scriptural verse which reads: “If I take the wings of the morning and dwell in the uttermost parts of the sea, even there your hand shall lead me, and your right hand shall hold me – Psalm 139:9-10.”

Meanwhile, NAN reported that the management of the airline has confirmed that Ambassador Abiodun Bashua was one of the Nigerian passengers on board.

It said Bashua,  a retired ambassador was on contract with United Nations Economic Commission for Africa (UNECA).

“He was the former UN and AU Deputy Joint Special Representative in Darfur, Sudan. A complete gentleman. May God rest his soul,” the airline was quoted to have said in a message.

NAN report said the airlines also confirmed that another Nigerian, Prof. Pius Adesanmi, who used his Canadian passport was on board of the ill-fated aircraft.

“We hereby confirm that our scheduled flight ET 302 from Addis Ababa to Nairobi was involved in an accident today,” it said.