Latest News
By Chukwuma Okparaocha –Lagos On May 15, 2017 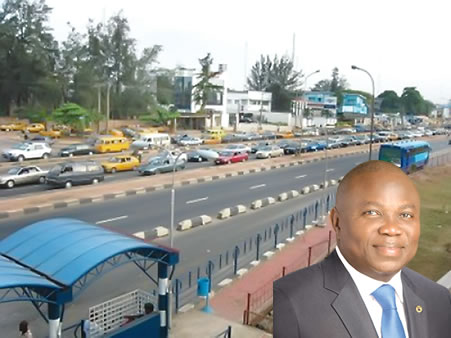 THE traditional ruler of Ketu, Oba Isiaka Oyero Balogun, has expressed appreciation to the Lagos State governor, Mr Akinwunmi Ambode, for the various infrastructural projects the state government has executed in various communities in Ketu.

Oba Isiaka said this recently following the state government’s announcement of its plans to provide multiple lay-bys in Ketu area of Lagos.

The lay-bys, which are structures built on roadsides, are meant to provide an enduring solution to the perennial traffic logjams often experienced by motorists on the Ikorodu Road during peak periods.

The monarch, who also expressed his community’s desire for more developmental projects, expressed the readiness of residents of Ketu to continue to support the Ambode administration.

He noted that with the new projects in Ketu, communities such as Alapere-Ketu and others would begin to attract more investments.

The lay-by project, as gathered by Tribune Online, which will comprise three-lane lay-bys on each side of the expressway, as well as a shopping mall and car park, will be executed by Fountain Construction Company (FCC) Ltd within an estimated time-frame of six months.

Speaking at the stakeholders’ meeting on the project, the Acting Commissioner for Transportation, Prince Anofiu Olarenwaju Elegushi, stated that the project, upon completion, would reasonably reduce travel time from CMS to Ikorodu to less than 45 minutes.

He said that the state government, leaning on the experience of the Iyana-Oworo multiple lay-bys, had continued to construct lay-bys to ease traffic flow in various areas of the state.

Elegushi also called on motorists to utilise the Vehicle Inspection Service Centres at Ojodu to determine the state of their vehicles and fix any problem before plying the roads since the state government had established the centre to move away from the era of manual testing to computerised and more accurate one.

He said the implementation of Alapere Traffic Improvement Phase II would offer commuters in the area an alternative route to other parts of Lagos.

The acting commissioner urged the stakeholders to put the lay-bys into proper use when completed, stating that lay-bys were not motor parks or garages where vehicles park but  a loading and discharge point for commuters and motorists.

He warned that transport union activities would not be condoned at the lay-bys and hinted that a second pedestrian bridge would be constructed to complement the one already in existence.

While appealing to the stakeholders to support government’s efforts, Elegushi urged them to take ownership of the various projects.

In his remarks, the representative of FCC, Engr Adeyemi Agboola, stated that the project would be executed in phases to prevent disruption of activities in the area.

He listed the project details to include stalls, automated toilets, hb255 metres service lane and standard bus shelters on both sides along with multiple lay-bys of 115 metres by 40 metres (Ikorodu bound) and 140 metres by 140 metres at the Ojota bound.