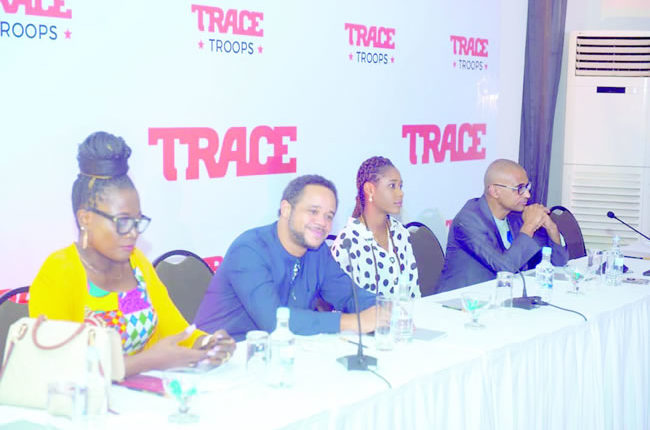 According to Olivier Laouchez, the CEO of TRACE, the initiative is aimed at hiring a group of African youths for a period of three months; empower them with the necessary resources, alongside guidance on media and entertainment.

He stressed that the interns will need to produce an original project of their choice, which will in turn serve as an addition to their personal curriculum vitae, as they will eventually be recognized as TRACE ambassadors.

Speaking on the inspiration behind the program, Sam Onyemelukwe, Managing Director, TRACE said; “The initiative was conceived to educate and empower 60 Nigerian and Ghanaian youths within a year; inspire and engage the younger generation of bright minds by starting them on a journey to becoming industry leaders of tomorrow.”

He added, “The program is to share and cheer; to give them a chance to share their perspectives on a whole lot of issues affecting their generation and equally catch fun in the process.”

The debut phase of the campaign which is scheduled to run through July 22nd and October 21st, 2021, is targeted at male and female Nigerians and Ghanaians between the ages of 16-28, who are passionate about Afro-urban culture and change.

In the same vein, Sam noted that to further expand the frontiers of TRACE’s CSR initiatives, another program tagged ‘TRACE Acedemia’, which is similar to TRACE Troops in purpose and target audience has been launched.

According to him, the program is targeted at addressing the bane of youth unemployment in Africa.

“Our aim is to impact 25 million young people by 2025, by disrupting traditional, boring e-learning and develop partnership towards employability. Our target audience is people who need to be trained for the jobs of today and tomorrow; youths who need to acquire skills that lead to entrepreneurship and employability, and corporate employees who need to be skilled, re-skilled or up-skilled.”

To ensure efficiency of the program, TRACE is partnering with the likes of World Bank, Durex, KPMG, African Union, L’OREAL, UNESCO, Schneider Electric, LEROY MERLIN, CANAL+, MasterCard, VISA, among many other big brands.

Electoral Act Bill: As opposition mounts against another legislative ambush