Tour the EGG in the GARDEN of your plates 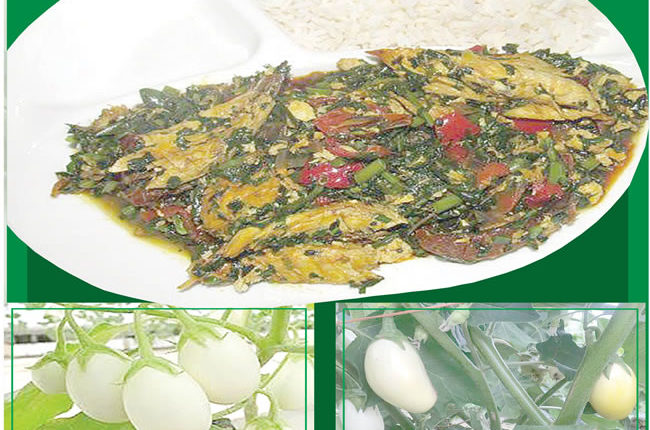 Garden Egg is a good source of dietary fibre, minerals and vitamins such as vitamin B1, potassium, magnesium, Vitamin B6, niacin and other various secrete nutrients that help the human body take care of itself. Researchers have said they are good in various functions which are highlighted below:

Wash beef and stock fish, put in a pot and bring to boil

When beef is tender, add palm oil and you can use diced boiled potatoes to thicken

Turn off the heat

Serve with any food choice; rice, solid foods or yam.

What our oriki means to us?