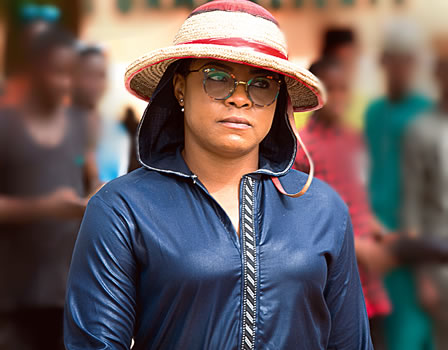 With film credits including ‘Journey to Self’, ‘Fifty’ and ‘New Money’,  film maker, Tope Oshin has constantly pushed the envelope and redefined excellence with her films.

‘Up North’ follows in the footsteps of her past works and her touch is evident in the direction, location, casting and crew choices in this Anakle Films and Inkblot Productions collaboration.

With a noted focus on the cosmopolitan and cultural areas of Nigeria, ‘Up North’ is a breath of fresh air, telling the story of an American returnee groomed to take over the family business. Seeking to find his own path, his act of rebellion leads him down a path of self-discovery, love, and true friendship.

The plot begins when a controlling billionaire father (Kanayo O. Kanayo) gets fed up with his rebellious son, Bassey (Banky W), he sends him off to NYSC in Bauchi. ‘Up North’ follows Bassey’s journey to self-discovery as he navigates life, love, friendship, and purpose in this feel good, coming of age drama. The film shines a light on female education and the empowerment of girls within the local northern community where the protagonist begins a new life.

‘Up North’ is based on a story by Editi Effiong, written by Chinaza Onuzo and Bunmi Ajakaiye. Shot in Lagos and Bauchi, ‘Up North’ explores love, friendship and family politics, all of which collide, creating memories to last a lifetime.