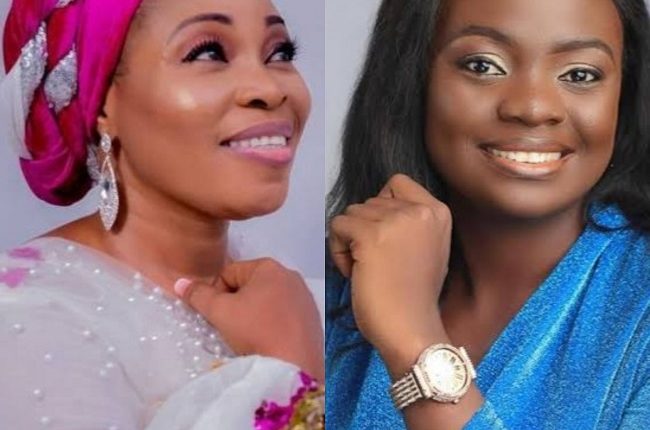 Gospel Minister, Ifeoluwa Odoginyon, has lent his voice on the matters arising in the gospel music fold over the trending video of popular gospel artiste, Tope Alabi, where she was seen to be chastising fellow gospel musician, Yinka Alaseyori over her hit song entitled, “Oniduro mi”.

Tope Alabi, in the video had claimed that the song’s description of God was inappropriate and condescending, stressing that the song was not inspired by the Holy Spirit.

Odoginyon expressed his concern over the development, just as he cautioned fellow minstrels to be mindful of the principles guiding their calling and shun the act of condemning themselves or dragging themselves in the mud in the public.

He also cautioned the gospel ministry to be mindful of the agents of the devil that are all out to make God’s children fight themselves in the name of spiritual revelation and spiritual counter-revelations, lamenting that it is unfortunate that it is the Christians that are dragging themselves in the mud as the other religion would not do such in the public.

An Assistant Pastor in the Redeemed Christian Church of God (RCCG), music minister and director, who posted his position on the issue on his Facebook handle, stressed the Biblical stand of the controversial song, saying that “The book of Hebrews 7:22 further explains the source of the song and that it depicts God as a guarantor.”

“Let us be cautious when we are bringing the Holy Spirit in whatever we want to do publicly knowing fully well that the Holy Spirit is one and God is not an author of confusion as recorded in 1Cor. 14:32 – 33. And the spirits of the prophets are subject to the prophets. For God is not the author of confusion, but of peace, as in all churches of the saints.

“Please let us keep praying for one another (music ministers) even as we edify ourselves with the help of God. Do not join or be dragged into these issues because you will commit errors through such too no matter how innocent it may look. This is further explained by God through Apostle Paul in Galatians 6:1-5 Brethren if a man is overtaken in a fault, ye which is spiritual, restore such a one in the spirit of meekness; considering thyself, lest thou also be tempted.  Bear ye one another burdens, and so fulfill the law of Christ. For if a man thinks himself to be something, when he is nothing, he deceiveth himself. But let every man prove his own work, and then shall he have rejoicing in himself alone, and not in another. For every man shall bear his own burden,” he added.

It is unfortunate APC reneged on promise on power devolution, says Oyegun