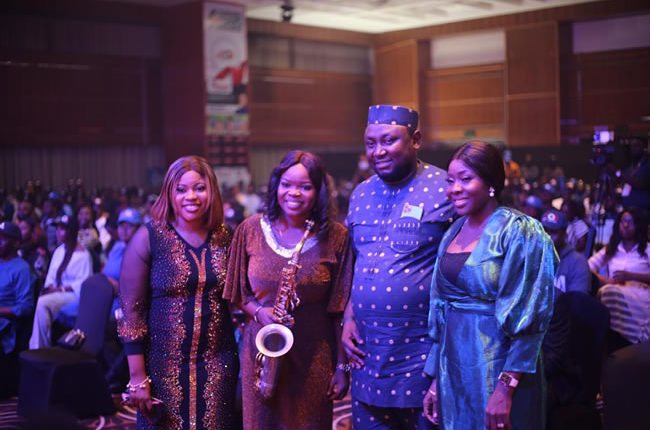 Instead of painting the town red with a wild bash, the management and staff of the Oxford International group took to their dancing shoes to celebrate their fourth anniversary at a special praise and thanksgiving concert on Sunday.

The event packaged by D58 productions kicked off with surprises for the guests as the audience was lost in the soul of music and showed gratitude as they cried their hearts out joyfully with praises. Attractions at the event included an elaborate red carpet, comedy by Woli Agba, and saxophonic renditions by Mike Aremu and Funmi Sax. It was indeed an interesting concept as the audience was on their feet most of the night.

According to the chairman of Oxford International group, Dr Teni Adesanya, the company’s philosophy is to nurture positive minds and build sustainable relationships with stakeholders, this and more are what we’ve successfully achieved in the past four years of operation.

“Our mission is to build a Nigeria, Africa where young people have equal opportunities to realise their potentials, pursue their dreams and aspirations under good leadership in a peaceful atmosphere where learning and growth are encouraged.

Teenagers charged to say no to all forms of abuse