Get acquainted to famous Nigerian authors. Find out more information about Nigerian novelist and Nigerian female author in the article. 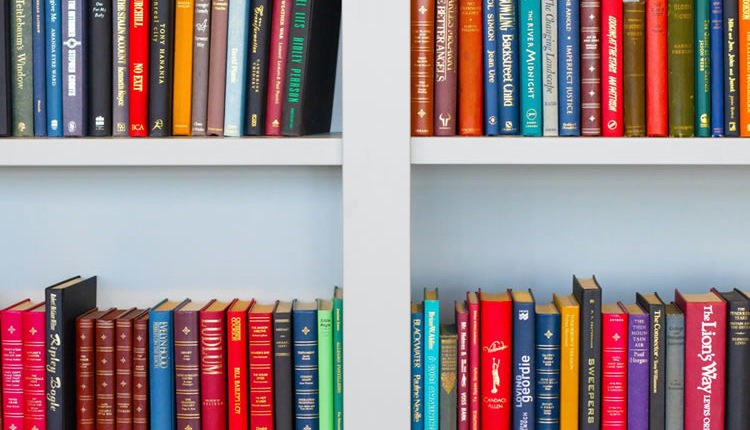 African writers, as a rule, are not in demand and are little known in their homeland. Many of them become widely known after immigration or if they manage to enter the international literary market. This article is dedicated to the most famous Nigerian writers.

The world of the African village, imperfect but cozy and attractive in its own way, has become a keynote in Nigerian literature. One of the main representatives of this world was Chinua Achebe (1930-2013), the author of “The African Trilogy“. It describes the life of three generations. In the first novel (“Things Fall Apart“), the story centres on the warrior Okonkwo. He lived at the time when the colonizers came to the lands of the Igbo people. The second novel (“No Longer At Ease“) deals with the fate of Okonkwo Obi’s grandson. The third (“Arrow of God“) is localized between these two time points. According to Achebe, the invasion of Europeans ultimately leads only to evil. Obi Okonkwo from the second novel of the trilogy went to the city to study with the money collected by the villagers. However, the Western way of life corrupted him. He started taking bribes and ended up in prison.

The last novel of the trilogy, “Arrow of God”, becomes, perhaps, the pinnacle of Achebe’s work. The problems touched upon in it take on a metaphysical breath. At the center of the novel is the tragedy of one of the Igbo leaders, Ezeulu. More than the others he understands the consequences of changes taking place and tries to resist them. Ezeulu is smart, but at the same time proud and stubborn. As a result, he tries to teach his people a lesson by using his power alone. The lack of a definitive ending gives the story a new artistic sound. The entire trilogy is still considered the apotheosis of African literature. This statement is proved by the undying interest from readers.

Wole Soyinka (born in 1934) wrote drama and prose, in which he actively used elements of Yoruba folk art. Soyinka’s plays can be attributed to political theater. They discussed the problems of the postcolonial present in the form of an allegory. Such problems were political demagoguery and the breakdown of social ties between people. Examples of the works are “Madmen and Specialists”, and “Kongi’s Harvest”. Critics saw in his plays the influence of ancient Greek theater, Shakespeare, Beckett, and Ibsen. However, Soyinka himself recognized the influence on his work only by Bertolt Brecht.

Soyinka, like Achebe, considered it his duty to speak out in his work on political topics. His prose is also devoted to the problems of African development (“The Interpreters”, “Season of Anomy”). His book “The Man Died” is one of the examples of “prison prose”. The fact is that Soyinka spent two years in prison for his political activities. The book is filled with the author’s reflections on the war, on the dignity of man, on the responsibility of the writer.

Ben Okri (born in 1959) is a worldwide known Nigerian author for the novel “The Famished Road” (Booker Prize, 1991). Ben Okri’s work is often analyzed in literature classes. Cheappaperwriting.com is one of the few services where a book review can be ordered. The main character of the novel is an abiku child. That is a person who has preserved memories of past lives. The plotless narrative brings together real characters. A reader can observe parents, neighbours, guests, creditors and the spirits existing alongside them. The novel is full of descriptions of drunkenness, poverty, human rage, bickering and fights. Abiku constantly falls from this world into the world of his dreams and memories of past worlds. Magical realism has truly received a new breath in Africa. The traditional images that feed it will repeatedly enter the treasury of world art.

Chimamandy Ngozi Adichie (born in 1977) is a bright representative of Nigerian female authors. “Half of a Yellow Sun” is Adichie’s most extensive work in terms of coverage. It tells the story of the Nigerian civil war for the secession of the Republic of Biafra (1967-1970). Adichie, because of her age, did not witness this war and wrote a novel based on the stories of relatives. Adichie picturesquely depicts the horrors of war and describes in detail the disintegration of the world. The main characters are Olanna and Odenigbo. The writer consciously introduces a woman’s view of events into the novel. The tragedy of war is understood not only from a political point of view, but also from the test of love for strength.

“Half of a Yellow Sun” is really a significant event of Nigerian literature. It inherits the traditions of Nigerian prose (the novel was highly appreciated by Chinua Achebe himself). At the same time, it incorporates the best achievements of feminism. Adichie has repeatedly identified herself with the movement and has spoken out about women’s issues in Nigeria.

Amos Tutuola’s stories are based on chronicle plots. Bright examples are “Feather Woman of the Jungle”, “The Palm-wine Drinkard and His Dead Palm-wine Tapster in the Dead’s Town“. Each of chapters is a fairy tale in which the hero by chance falls to supernatural forces. Thanks to his resourcefulness, every time he avoids trouble. However, typologically, these works are closer to medieval picaresque novels. The presence of magical elements brings them closer to the elements of oral folk art.

The great event was the appearance of the novel “The Fishermen” by Chigozie Obioma (born in 1936). It was included in the 2015 Booker shortlist. The plot is based on the story of four brothers who were engaged in fishing. They did it in a forbidden place that brought trouble on themselves. A prophecy uttered by a city lunatic named Abulu was etched into the memory of one of the brothers and changed his life forever.

Of course, in a small review it is impossible to write about all Nigeria writers worthy of the attention of the reader. Many names remain behind its pages. With the rapid development of Internet technologies, literature continues to develop. Thus, the novice writers tend to publish their works on online platforms. Literary Nigeria certainly has a significant future ahead of it.