Entrepreneurship+
By Ruth Olurounbi On Aug 1, 2016 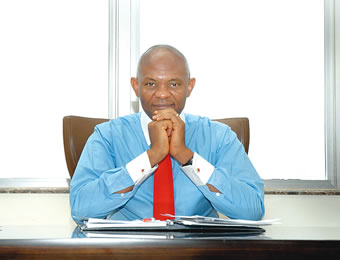 THREE weeks ago, while interviewing the chairman and founder of Emzor Pharmaceutical Industries, Dr Stella Okoli, she said something I found exceptionally profound. She told me, her business success could be trace back to her fierce patriotism. To drive home her point, she said to me: “patriotism as one of the fundamentals my continued business success” and answered in affirmative when I asked her if patriotism was one of her recommendations to young entrepreneurs in Africa. “Absolutely!” she exclaimed, insisting that “patriotism is something that should be learnt here in Nigeria. We have to teach it so that people can understand it…Patriotism is the backbone of any industry around world. Go to America and ask them, they will tell you they are Americans first.”

As the United States presidential elections draw closer, Nick Friedman, Co-Author, ‘Effortless Entrepreneur’ and  Co-Founder and President, College Hunks Hauling Junk and Moving wrote that it was time “entrepreneurs wear both a   “business owner” and “patriot” hat and begin implementing practices that will help jumpstart our economy,” he wrote in his The Patriotism of Entrepreneurship for huffingtonpost.com.

While Hillary Clinton has some ideas on how to make America’s business leaders as entrepreneurial and patriotic at the same time, back home in Africa, a Nigerian billionaire, global business leader and economic driver is challenging Africa’s young entrepreneurs to embrace his kind of leadership – the patriotic entrepreneurship.

In his investments and philanthropy, the Chairman of Heirs Holdings and UBA Group, as well as Founder of Tony Elumelu Foundation (TEF) saw himself “a Nigerian by birth abut an African in everything I do, from my investments to philanthropy and to everything in my essence,” in  a new documentary on the TEEP Entrepreneurs.

Tony Elumelu has proven that he is not just a Nigerian billionaire who is looking to exploit the continent to enrich his pockets, but an entrepreneur who believes that Africa’s greatness lies within the continent and can only be shaped by its children. Thus, from the concept of Africapitalism was a vision born, to raise 10,000 African entrepreneurs who will lead the continent into its glorious future.

Explaining what Africapitalism is, the institute, which was launched in 2014 at the historical World Economic Forum on Africa (WEFA) held for the first time in Abuja, Nigeria, said the concept defined as the positive role the private sector must play in Africa by making long-term investments in strategic sectors of the economy in a way that creates and multiplies local value in order to accelerate and broaden prosperity throughout the continent and around the world.

Africapitalism, it says, “calls for a new kind of capitalism – a version in which Africa leapfrogs other models, creating a more broad-based and sustainable economy.” And the business mogul did put his money where his mouth his. In January 2015, he launched the $100 million Tony Elumelu Entrepreneurship Programme, aimed at raising 10,000 African entrepreneurs in 10 years.

From launching series of companies that are patriotic to helping thousands of African entrepreneurs launch their through capital investment – $100 million (personal finance), mentorship, and development, Elumelu may proven that doing good is doing the business in ways that not only create wealth for shareholders, but for the society in general.

And now it’s time for small business owners in Africa, to heed Dr Okoli’s call and Elumelu’s passion to develop the continent through entrepreneurship, to embrace their patriotic duty and start making business decisions that benefit not only their own company but the continent. And big firms on the continent also need to do more than promise to help businesses grow, the actually need to pitch in! As Friedman said: “the support of small business owners from across the nation (in Africa’s case, the continent) may not be the cure; but it is surely a catalytic treatment that will send our economy on its way to recovery.”

The past of two great Nigerian generals