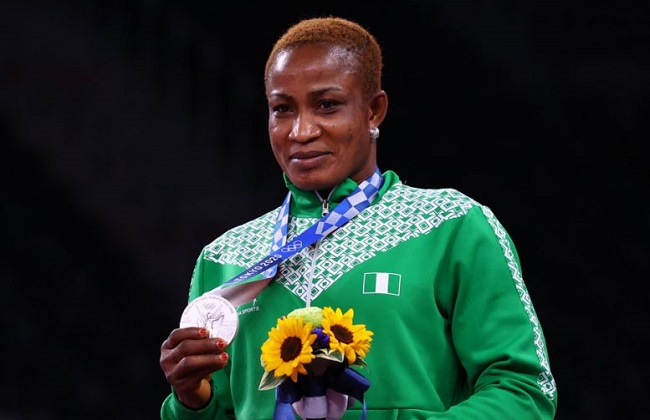 Blessing Oborududu won the first-ever medal in Nigeria’s Olympic history in wrestling and first silver medal for the country at the ongoing Tokyo 2020, while Ese Brume won a bronze medal in the long jump event; a feat which was last achieved 25years ago by Chioma Ajunwa.

The Governor’s congratulatory message was contained in a press statement on Tuesday by his Chief Press Secretary, Muhammed Onogwu, where he hailed the athletes for showing their “can do” Nigerian spirit on the world’s stage.

Governor Bello noted that the duo has made the nation proud on the international stage by achieving such a great feat and bringing glory to its name by enlisting the country among the medal-winning nations at the ongoing events.

He alluded that sport has continued to remain a veritable tool to unite us as a nation and that irrespective of where the victorious athletes were from or their religion such dichotomy would not hinder all Nigerians from celebrating their victory.

Governor Bello similarly thanked all other athletes who were at the Olympics to represent the Nation in one event or the other noting that despite they were victorious or otherwise, they remained heroes and heroines who deserved to be celebrated.

He added that as youths, they have shown faith in their country, particularly in its unity, peace and progress hence they were worthy ambassadors irrespective of the challenges they might have faced in the process of their patriotism.

The governor however used the medium to urge other athletes who were still participating in one event or the other to keep the flag flying adding that their labour and that of other sports representatives would not be in vain.

Two killed, one abducted by suspected herdsmen in Benue