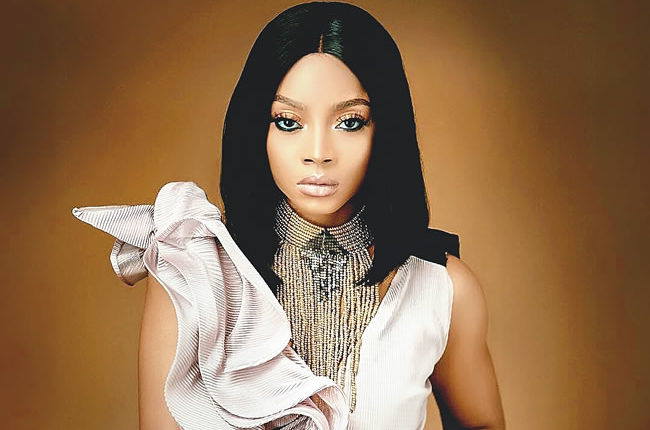 Media personality, Toke Makinwa may have bowed to pressure from her fans that seem to constantly demand more from their star girl. The celebrity television host seems to enjoy the attention her lifestyle brings to her and she does not seem to be giving it up anytime soon.

Makinwa, who is also an author, is one of the most followed celebrities on social media platforms in Nigeria and her lifestyle is always under scrutiny from fans and critics. While the fair-skinned lady has managed to keep her game on despite her broken marriage some years back, her name keeps making the headlines.

This time, Makinwa, has decided to live her life without having to look at over her shoulders and would not allow her fans tell her otherwise. Days back, she took to her Twitter to warn those looking up to her as their role model to begin to look elsewhere, saying her life was not perfect.

She was reacting against the backdrop of mounting pressure from parents telling her their children have chosen to pattern their lives after her, saying she could no longer carry the burden of trying to be the “perfect one for anybody”.