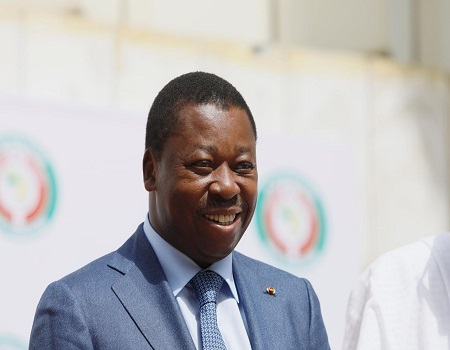 Togo’s President Faure Gnassingbe has won re-election with 71% of the vote, final results from the constitutional court showed on Tuesday, extending his 15-year-old rule and a family dynasty that began when his father took power in a 1967 coup.

Despite widespread disaffection and protests calling for him to step down, a fractured opposition struggled to launch a concerted campaign to unseat Gnassingbe in the small West African country of 8 million people.

“This proclamation is final and closes the debate on the presidential election of Feb. 22,” the head of the court, Aboudou Assouma, said at a press conference.

There was no immediate reaction from the opposition. Kodjo has previously said his camp’s tallies showed him winning the election with around 60 per cent of the vote.

The result gives Gnassingbe five more years in power, a blow for opposition protesters who have taken to the streets in recent years, calling for him to step down.

In response to political pressure, Gnassingbe enacted a law last year limiting presidents to two five-year terms. However, it is not backdated to account for the three terms he has already served, so he could stay in power until 2030.

Coronavirus: We can’t afford to shut down our economy ― NCDC