•I will challenge the result ― Onu 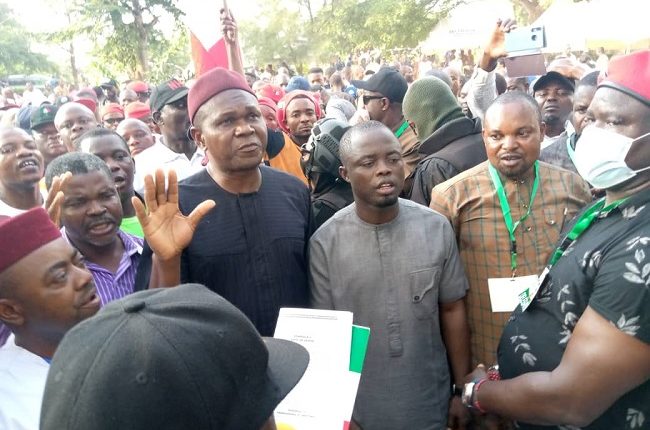 Announcing the result, the chairman Ebonyi PDP State Congress Committee, Senator Ben Collins Ndu said that a total of 1510 delegates were accredited, adding that the election was a free and fair contest.

Senator Ndu said that in PDP there is no winner or loser in a contest and urged those who emerged victorious to extend the olive branch to anyone who might feel aggrieved by the outcome of the congress.

The South-East zonal chairman of the party, Ali Odefa commended the panel for a peaceful, free and fair congress, adding that the party will do everything to reposition itself ahead of the 2023 general election.

Odefa described the outcome of the election as a victory for all and assured the new leadership of the party of the readiness of the zone to assist the state to achieve victory in 2023.

The outgone caretaker chairman of the party, Elder Fred Udogu challenged the new leadership not to allow itself to be intimidated by the APC led government in the state.

On his part, after the inauguration, the newly elected chairman commended the panel for peaceful conduct of the election.

He insisted on reclaiming Ebonyi for the PDP.

Meanwhile, one of the chairmanship aspirants who was publicity secretary of the party, Silas Onu, said he will challenge the outcome of the congress alleging that he was not given a level playground at the exercise.