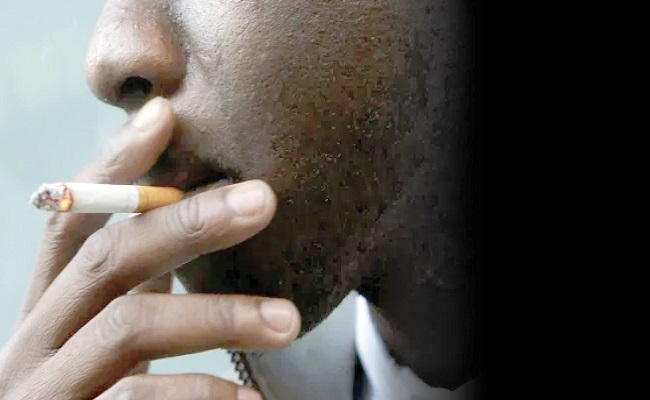 Why do cigarette smokers, knowing full well the dangers associated with smoking, find it hard to quit the habit? Greed, addiction or the insufferable pleasure derived from smoking?

The public health question about cigarette smoking has been ramped up to a very high level in the last two decades. There has been an intense sensitization of the dangers of smoking. The World Health Organization (WHO) led the campaign with frightening statistics, saying that tobacco use accounts for deaths of an average of one person every six seconds in the world and kills 5.4 million people a year, worldwide. It is also said that tobacco accounts for the deaths of one in ten adults worldwide.

More frightening is the statistical claim that smoking results in the death of up to half of its users and that damage to health caused by tobacco “does not become evident until years or even decades after the onset of use.” With all these scary Armageddon predictions, why the epidemic in tobacco–related diseases and deaths and epidemic in annual tobacco use globally? Today, the world boasts of 1.3 billion tobacco users, with the possibility of a 100 per cent rise in years to come.

In Nigeria and the world generally, huge campaigns are mounted against tobacco use, chief of which is compulsory labelling of cigarette packs with scary information like Smokers are liable to die young. Tobacco addiction is class-blind. While the poorest of the poor consume it, it is also a pastime of the elite.

To take away smokers trapped in the killing habit, WHO seems to be buying into what is called harm reduction. The philosophy is that since threats of death and diseases haven’t won the tobacco war, can we reduce these risks among its consumers? Harm reduction is a policy approach that “seeks to reduce the harm caused by a dangerous activity, rather than simply banning the activity itself.”

Dr. Moon Ok-Ryun, Leading Korean professor of public health from Seoul National University, espouses the harm reduction strategy. The idea behind it is to get the 1.3 billion smokers off it or ensure less harm comes their way through consumption of nicotine which comes in low-risk and non-combustible form.

What are the dangers of combustible cigarettes to public health? Nicotine, one of its derivatives and naturally produced by tobacco, though addictive, according to experts, “is not the primary cause of smoking-related diseases.” Umberto Veronesi, former Italian Health Minister and Former Chairman, European Institute for Cancer Research, said of it: “Cigarettes also contain nicotine…which is not carcinogenic but is responsible for clinical nicotine dependence.” This was also corroborated by the Royal College of Physicians.

Thus, over the years, researches have discovered that toxic compounds present in smokes oozing from a cigarette, the greater part of which are formed when tobacco is burned, constitutes the primary cause of smoking-related diseases.

In all, the e-cigarette is becoming a major route trodden by addicted smokers in the world to get out of sure deaths and diseases posed by tobacco smoking. This alternative route is advocated because researches have submitted that e-cigarettes are not only less harmful products than combustible tobacco, they can pull smokers off the addiction easier than combustible tobacco.

Indeed, Gizelle Baker, Director of Global Scientific Engagement of Philip Morris International, in an online interview granted this medium, said this is key. “While smoke-free products have the potential to be less harmful than cigarettes, they are not risk-free and contain nicotine, which is addictive. Therefore, for harm reduction strategies to be successful, we need to do more than simply put less harmful products into markets,” she said.

With this, countries are encouraged to diversify into marketing less harmful alternatives to combustible cigarettes. Already, with the huge revenues accruable from tobacco companies, Third World countries are in a dilemma on the economic dangers of shutting their doors against cigarettes. The economic danger can be avoided if those companies gradually morph into producers of nicotine.

On this, Baker said: “Smoking cigarettes involves burning the tobacco, and it is the high temperature involved in the combustion reaction that leads to the generation of smoke ash and the emission of high levels of toxicants as well as solid particles, which are associated with the development of smoking related diseases. Therefore “smoke-free” products, products that deliver nicotine without burning tobacco and without emitting smoke (including e-cigarettes, but also heated tobacco products) could play a role in reducing the number of smokers and the harms of smoking.”

She also said that there is an increasing number of countries that are embracing harm reduction and integrating it into their tobacco control strategies. To her, electronic cigarettes are not a “product” per se, but a category of products, so there can be a lot of variability between individual e-cigarettes.

“As an example, let me share what evidence that exists for PMI’s heated tobacco product (marketed in more than 60 countries worldwide under the brand name of IQOS). For this product, we have evidence that the product heats the tobacco and does not burn it. That the heating process leads to a reduced number and level of toxicants being emitted compared to cigarette smoke. That, when smokers completely switch to our heated tobacco product, they are exposed to lower levels of the toxicants. In fact, in the United States, the Food and Drug Administration reviewed our scientific evidence and concluded that “the totality of evidence suggests that a measurable and substantial reduction in morbidity or mortality among individual tobacco users is reasonably likely in subsequent studies.”

In a request for an interview sent to Hunt Allison of the United States Food and Drug Administration (FDA) an American Federal agency of the Department of Health and Human Services, he directed the medium to some of the agency’s previous engagements which answered his questions. FDA is entrusted with the protection of America’s public health by “assuring the safety, effectiveness, and security of human and veterinary drugs, vaccines and other biological products for human use, and medical devices.”

In a Population Assessment of Tobacco and Health (PATH) study that the FDA undertook, which included an examination of the urine and blood samples of respondents, while not totally exculpating e-cigarette from blame, the study said it found out, after measuring “the exposure to harmful chemicals experienced by people who only use e-cigarettes, only use cigarettes, use both products, and those who have never used tobacco,” that “exclusive e-cigarette users were exposed to known toxicants, but at lower levels than cigarette smokers.” According to the PATH study, “the exposure to harmful chemicals was highest in dual users of e-cigarettes and cigarettes. In the study, there were 792 dual users, compared with 247 users of e-cigarettes only. Dual users who were daily smokers were exposed to the highest concentrations of nicotine and toxicants.”

For tobacco companies based in the Third World, nay Africa, Baker’s submission may be the path to tread about cigarettes and e-cigarettes. On whether there were benefits derivable from this shift in focus from cigarettes to smoke-free products, she had said:

“Smoking causes severe disease and death, and this has many negative impacts on any population. Although smoking prevalence is generally decreasing in Africa, the actual number of smokers is not. The WHO estimates that there are approximately 62million smokers in Africa today, and that number is not expected to decrease in the next few years. In fact, the estimate for 2025 is 67 million smokers.”

With the above scary prognosis, there may be a need for the implementation of harm reduction approaches in Africa. Smoke-free products (such as scientifically substantiated e-cigarettes and heated tobacco products), in the view of Gizelle Baker, could help shift adult smokers who would otherwise continue to smoke cigarettes, away from cigarettes.

ASUU strike and our emotional wellbeing