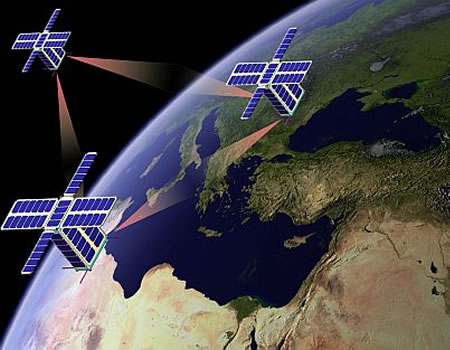 The National  e-Government Strategies Ltd (NeGSt) has said that it’s worried by the   scale of corruption in the  country and that with the mandate given it and other   agencies by the government to fashion out means to combat the menace that it has been   working assiduously to ensure that Nigeria is corruption- free.

The Executive Vice Chairman of the National e-Government Strategies Ltd (NeGSt), Dr   Felix Obada, said that the Transparency, Accountability and Sustainability (TAS)   software solution, which it launched recently will help all Ministries, Departments and Agencies (MDAs) of the Federal Government, including the private sector   organisations, to curb corruption.

According to him, it has become imperative for everybody to put all hands on deck to   combat corruption in the country, saying the government alone can’t fight corruption   since it permeates all stratas of the society, and that NeGSt has taken it upon    itself to join hands with the government to eradicate the scourge in Nigeria.

NeGSt stated that President Muhammed  Buhari  said that the country under him is   poise to fight corruption to a stand-still. Obada recalled his words: “Nigeria is   struggling with illicit financial flows (IFF) as successive budgets suffer setbacks   in the last 15 years.

“Judging by the current exchange rate, the country cumulative budget, from 2004 to   2018 stood at about N60 trillion, while more than N103 trillion was stolen in illicit   transfers.”

President Buhari, according to Obada, had told the audience at the 74th United   Nations General Assembly that his country lost $157.5 billion to illicit financial   flows between 2003 and 2012. But stakeholders insisted that the flow has maintained   steady increase to date.

Obada added that, in the face of the ravaging effects of Covid-19, United Nations   (UN) had said curbing capital flight and curbing financial flows in Africa could   generate new funds of up to $88.6 billion per year to respond to the Covid-19 crisis.

He further explained that corruption persisted and lingered for too long, because   successive governments have not found the right technology solution, adding that TAS,

which has undergone a successful pilot test, was designed to help government and the private organisations, eliminate financial corrupt practices among Nigerians.

Fresh approach to Broadband pays off for Africa —Report