To call off strike, FG must release 2.23per cent of N823bn we demanded, ASUP insists 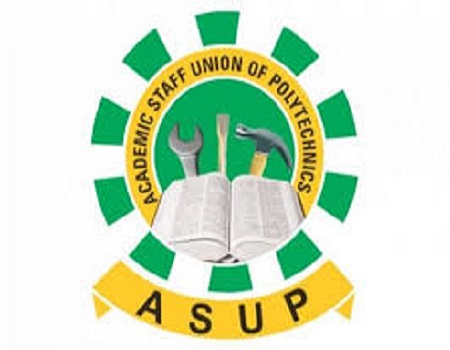 The polytechnic lecturers in the country have insisted to continue with their ongoing industrial action which has crippled the academic activities in the nation’s public polytechnics until the Federal Government yielded to their demands.

They said they were asking, for now, only N19 billion (representing 2.31 per cent) out of a total of N823 billion that the Federal Government had agreed with the union to inject into the public polytechnic education nationwide since 2018.

The N19 billion, according to them, comprises N15 billion revitalisation funds and N4 billion to offset their accumulated arrears on minimum wage.

The National President of ASUP, Dr Anderson Ezeibe, gave this position, in an exclusive interview with Nigerian Tribune.

According to him, ASUP original plan as regards this current strike wasn’t to stay on the industrial action for long as this, but for government insensitivity and insincerity on the issue.

He explained that ASUP is not making a fresh demand but only refreshed the old ones and then asked the government to meet a very small fraction of it as immediate.

“So, we are not asking for something impossible. The government will need to inject the N19 billion into the system without further delay. It is for the good of polytechnic education and Nigeria’s economy.

“And even as we speak, the high inflation in the country has messed up the value of the money. N19 billion of last year is no longer the same in value term this year and the value further depreciates each day.

“So, the government will need to do the needful by releasing the money in real term and not in the paper.

“Though we heard that the Federal Ministry of Education had made the request is written to the President for the release of the funds, we can’t rely on that as requisition for funds is not the same thing as the fund itself.”

While noting that polytechnic education is designed to produce skilful and highly technical manpower for the economy, ASUP boss, however, appealed to students and parents and the lovers of a good education to see the strike as a sacrifice for better tomorrow.

He, therefore, re-emphasized that ASUP members would sustain the five-week-old strike till their demands are met.

In spite of the huge investment in the water sector by the government and international organisations, water scarcity has grown to become a perennial nightmare for residents of Abeokuta, the Ogun State capital. This report x-rays the lives and experiences of residents in getting clean, potable and affordable water amidst the surge of COVID-19 cases in the state…  To call off strike, FG must release 2.23per cent of N823bn we demanded, ASUP insists

The Lagos-Ibadan railway was inaugurated recently for a full paid operation by the Nigerian Railway Corporation after about a year of free test-run. Our reporter joined the train to and fro Lagos from Ibadan and tells his experience in this report…  To call off strike, FG must release 2.23per cent of N823bn we demanded, ASUP insists