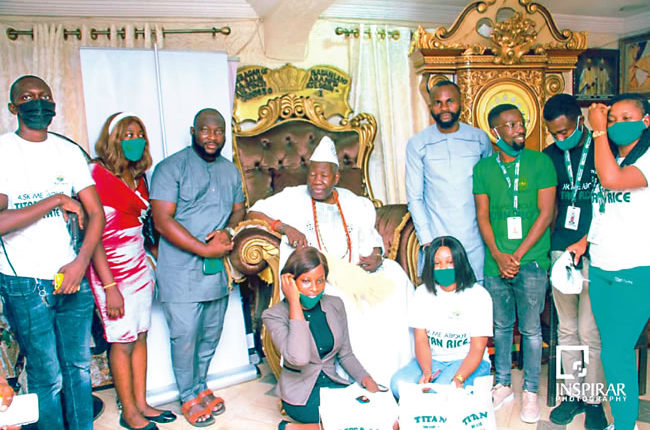 TITAN Farms, a fast-growing agribusiness company in Nigeria and headquartered in Ibadan, has picked the Olubadan of Ibadan, His Imperial Majesty, Oba Saliu Adetunji Aje Ogungunniso 1 its patron.

This is coming a few days after the company’s Chief Executive Officer Mr Gbenga Eyiolawi and his team visited the revered monarch at his palace in Ibadan.

According to Eyiolawi, Oba Adetunji, has displayed so far, fatherly support to ensure that the company and Ibadan in particular experience rapid growth.

Reacting to the development, the Olubadan said identifying with Titan Farms is as a result of the sterling way the company has beencarrying out its role as a business enterprise since inception and that he is personally impressed with the leadership qualities of the CEO and the brand’s genuine desire to put smiles on people’s faces by virtue of their products and services.

The traditional ruler also charged people to embrace indigenous-oriented companies and help be a part of their success stories.

How government can use farmers to reduce protein deficiency —Experts